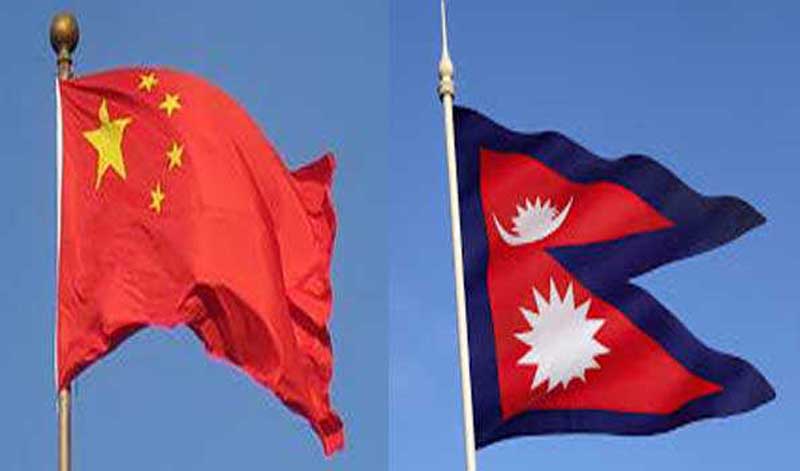 Kathmandu: A group of activists affiliated with the National Unity Movement  participated in a sit-in demonstration in Kathmandu city of Nepal to protest against China's alleged land encroachment.

They protested in front of the Survey Department of Nepal.

"China constructed 12-15 buildings inside Nepali territory in Humla District. When we protested against it, against encroachment by China, then our Foreign Minister defended it, claiming it to be built on China's own side. That's why we made the request with the Survey Department and the government to publish the GPS Coordinates so that we can be assured whether the structures were set up on the Nepali side or their own sides," Vinay Yadav, the coordinator of the movement, told ANI.

The group has reportedly filed an RTI (Right To Information) application over the issue.

"It's been about three to four months, but the government has not responded to the demand of unveiling the GPS-coordinates. This acts as proper evidence and confirmation that China has constructed those structures inside Nepali territories. The government is attempting to hide the co-ordinates," Yadav claimed.