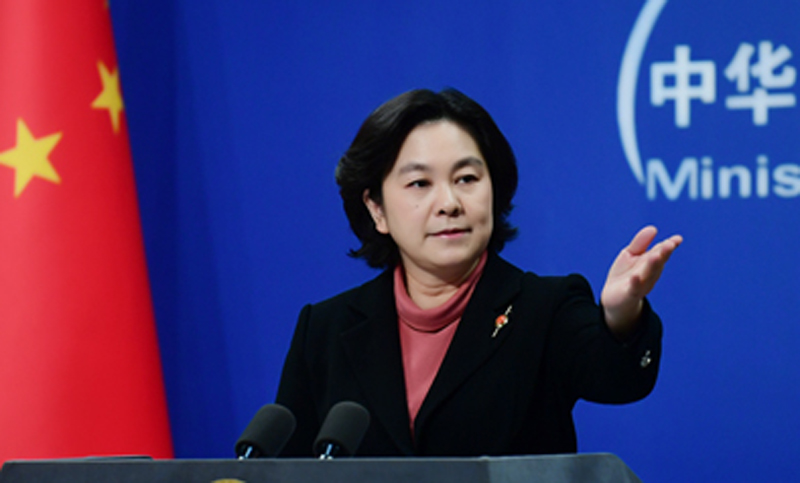 Beijing: China has condemned the US stance of blatant interfering in Hong Kong affairs, a region which is continuously in conflict with Beijing.

"The Hong Kong SAR is a society with rule of law, where all people are equal before the law. It is a basic requirement that laws must be observed and those who violate the law must be held accountable. We firmly support the SAR authorities in fighting criminal activities and upholding the authority of the law and national security," she said.

"In response to the U.S. wrong behaviors, China has decided to impose reciprocal sanctions on U.S. officials of the executive branch, people of Congress and NGOs who behaved egregiously and bear major responsibilities on Hong Kong-related issues, as well as their immediate family members," she said.

She said: "I must stress once again that Hong Kong is part of China, and its affairs are purely China's internal affairs. The United States must immediately stop pursuing double standard, stop meddling with Hong Kong affairs, or interfering in China's internal affairs and undermining China's national security under various pretexts, so as to avoid going further down the wrong and dangerous path."

Relationship between the US and China has deteriorated in recent times.

The nations have exchanged barbs over numerous issues including COVID-19.