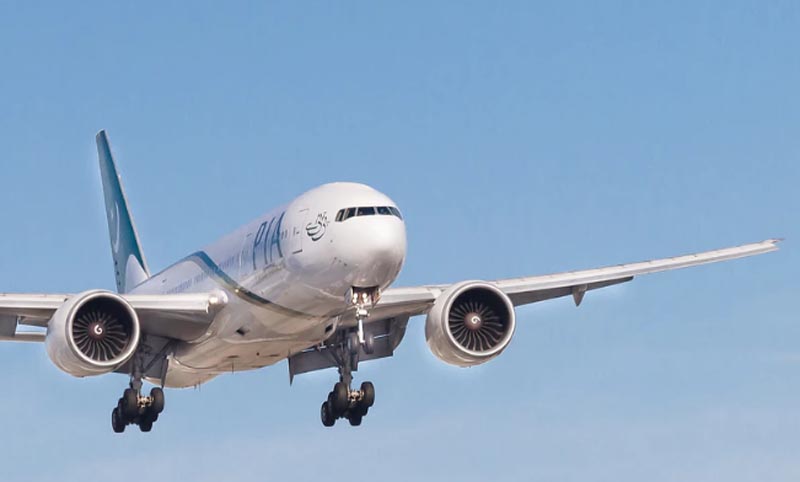 Islamabad: A leading Pakistan daily has described the incident where a Pakistan International Airlines plane was impoun­ded by Malaysian authorities as a 'national embarrassment'.

"That the Irish government had to get the Malaysian government to impound an aircraft of the Pakistan International Airlines (PIA) because the national flag carrier just forgot to pay the lease for the plane is nothing short of a national embarrassment," read the Editorial section of the Daily Times newspaper.

"The government’s explanation, that the payment was somehow missed because of the pandemic has, instead of controlling some of the damage, reduced the country to the laughing stock of the world. Now the government has even more egg on its face than before because all its promises of returning PIA to profitability, and sorting out all outstanding issues of all other State Owned Enterprises (SOEs) as well, are ringing rather hollow," read the editorial.

The editorial also referred to the issue of PIA pilots and many of them not having legitimate licences to fly the aircrafts.

"Let’s not forget that this comes on the heels of the previous round of embarrassment caused by none other than the aviation minister, Ghulam Sarwar Khan, himself when he admitted in the national assembly that too many of PIA’s pilots didn’t have legitimate licenses," it said.

"Nobody except the government was surprised when the rest of the world reacted with utter shock and a number of countries banned PIA pilots from flying in their airspace out of fear of unnecessary accidents. That particular episode marked such a low in our political history that even the prime minister had to admit that the issue was handled very badly," read the editorial.

Targeting the government, it said, "So far this government has done a fine job of pointing out all the problems, but not done much at all to solve any of them."