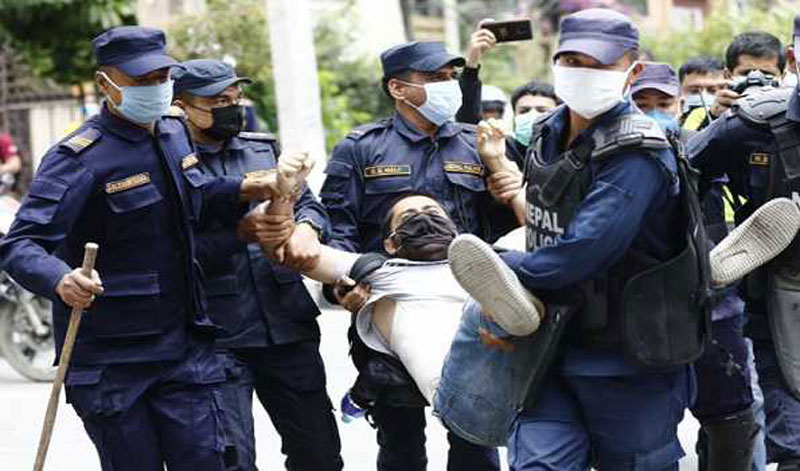 Nepal cracks down on protesters denouncing dissolution of Lower House

Kathmandu: Nepal Police recently arrested dozens of people, who were demonstrating against  the dissolution of the House of Representatives (HoR), in Nepal capital Kathmandu, media reports said.

Police cracked down on a symbolic protest by Nepal Student Union, where the latter had planned to shave off heads. Police intervened in protest arresting dozens of demonstrators after short scuffles, reports ANI.

"He can dissolve the parliament and we even cannot shave off our head? On the basis of which constitution are you banning us? This is our constitution," a protestor told ANI.

The move of KP Oli which is claimed to be unconstitutional has been challenged in the Supreme Court.

A total of 13 petitions were filed against the move to dissolve parliament. Hearing on the case has already started with the next hearing scheduled for Friday, reports ANI.