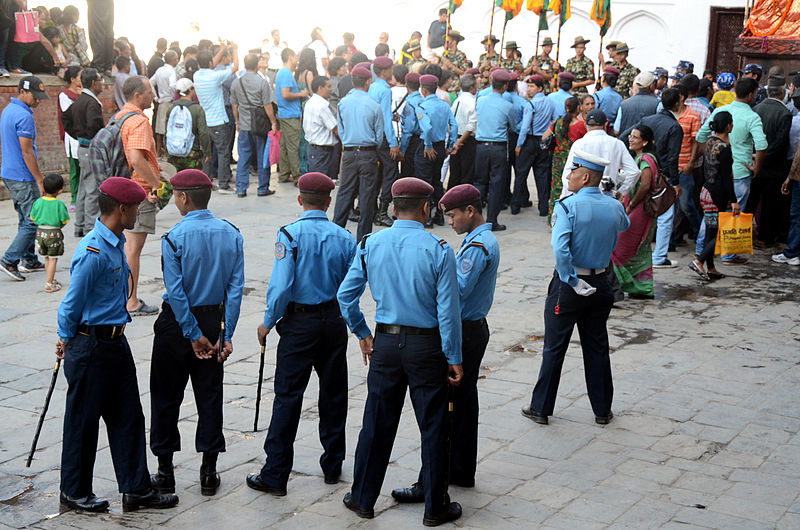 Kathmandu: Protesters, who were demonstrating against  caretaker PrimeMinister KP Sharma Oli's decision to dissolve the lower house of NepaParliament, clashed with the police in Kathmandu on Sunday, media reports said.

Students from All Nepal National Free Student Union (ANNFSU) on Sunday took out a demonstration in the capital of Kathmandu, where they tried to drag a bullock cart to mock Oli's statement made several years ago, reports ANI.

"In earlier years, when we were fighting against absolute Monarchy, for Democracy and Republic System, Oli made the statement in various
media and public platforms claiming the introduction of the system in Nepal is like travelling to the USA in a bullock cart. He made those sort of claims mocking at the system and went against it. In current time also he is not in support of the democracy or the Republic," Shyam Roka, one of the student leaders who organised the protest on Sunday, told ANI.

The clash started when the students tried to move towards Baneshwor from Maitighar while pulling a bullock cart.

President Bidya Devi Bhandari's decision to dissolve the 275-member lower house on December 20 last year on the recommendation of KP Sharma Oli had triggered a political debate in Nepal with many political outfits even demanding its restoration.