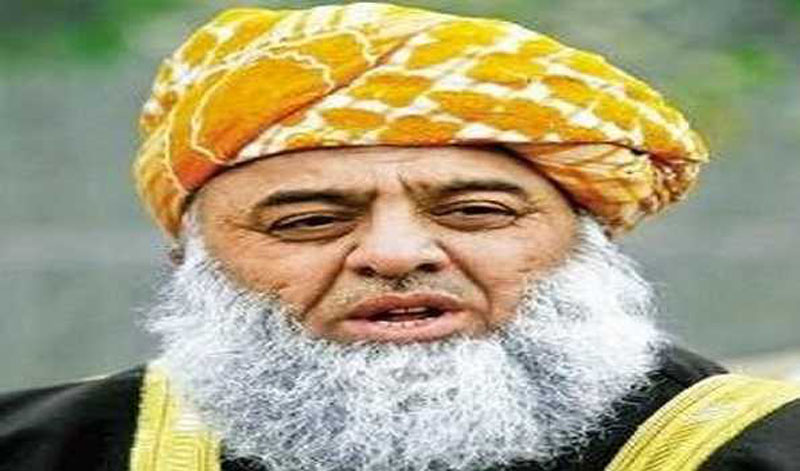 Islamabad/UNI: Pakistan Democratic Movement (PDM) chief Maulana Fazlur Rehman on Monday termed the opposition’s struggle against the government a 'jihad' and claimed that the nation is ready to offer any sacrifice for this cause.

Speaking at a public meeting at Batkhela in Malakand district, Maulana Fazl said that the struggle of the opposition parties was against the powers that had overturned the will of the people and added that the people of Pakistan will soon remove the “incompetent and selected” government from power, Dawn reported.

Maulana Fazl alleged that the federal government was conspiring against the country's constitution and the provinces, claiming that at present democracy was dead in the country and had been replaced by “martial law which is worse than General Zia’s and Gen Musharraf’s eras”.

He further said that the people of Pakistan had no choice but to gather under the umbrella of the PDM to ensure the removal out this “incompetent government” and restore real democracy in the country.

Maulana Fazl also criticised the ongoing accountability process in the country and termed it biased and challenged NAB officials to come and arrest him if they had the courage.

He said NAB was only filing cases against the opposition leaders and it had closed its eyes on the corruption of leaders of the incumbent government.

He also announced that the PDM would stage protest in front of the Election Commission in Islamabad on January 19 and also hold a protest million march in Karachi on January 21 against the conspiracy to recognise Israel.

He reiterated that he would soon be leading a march to Islamabad, adding that the country was now ready to oust Imran Khan and his government.