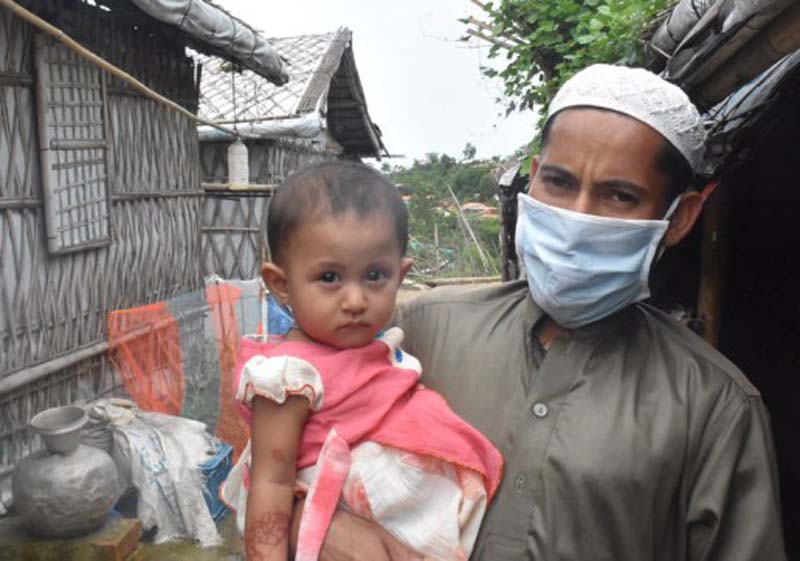 Dhaka/UNI: Bangladesh will move a second group of Rohingya refugees to a low-lying island in the Bay of Bengal on Tuesday, officials said, despite calls by rights groups to stop the relocation on safety grounds.

More than 1,100 Rohingya refugees, members of a Muslim minority who have fled Myanmar, will be moved from a refugee camp near the Myanmar border to Bhashan Char island, two officials with the knowledge of the issue said.

Authorities moved the first batch of more than 1,600 early this month.

"Buses and trucks are ready to carry them and their belongings to Chittagong port today. Tonight, they will stay there. Tomorrow they will be taken by naval ships to the island," one of the officials said on Monday.

The officials declined to be identified as the issue has not been made public.
Humanitarian agencies and rights groups have criticised the relocation, saying the island, hours by boat from the mainland, is flood-prone, vulnerable to frequent cyclones and could be completely submerged during a high tide.

Bangladesh says it is only transferring people who are willing to go and the relocation will ease chronic overcrowding in camps that are home to more than 1 million Rohingya.

Mohammed Shamsud Douza, the deputy government official in charge of refugees, said a 12 km long embankment had been built to protect the island from floods along with housing for 100,000 people. The relocation was voluntary, he said.

No one is forced to go there, he said, adding that people can live a better life there with greater access to healthcare and education.

But refugees and humanitarian workers say some of the Rohingya had been coerced into going to the island, which emerged from the sea 20 years ago and has never been inhabited.

More than 730,000 Rohingya fled Myanmar in 2017 following a military-led crackdown that the United Nations has said was executed with genocidal intent. Myanmar denies genocide and says its forces were targeting Rohingya militants who attacked police posts.

Several attempts to launch a process to repatriate Rohingya to Myanmar have failed because the refugees refused to go back, fearing more violence.

The United Nations has said it has not been allowed to conduct a technical and safety assessment of Bhashan Char and was not involved in the transfer of refugees there.