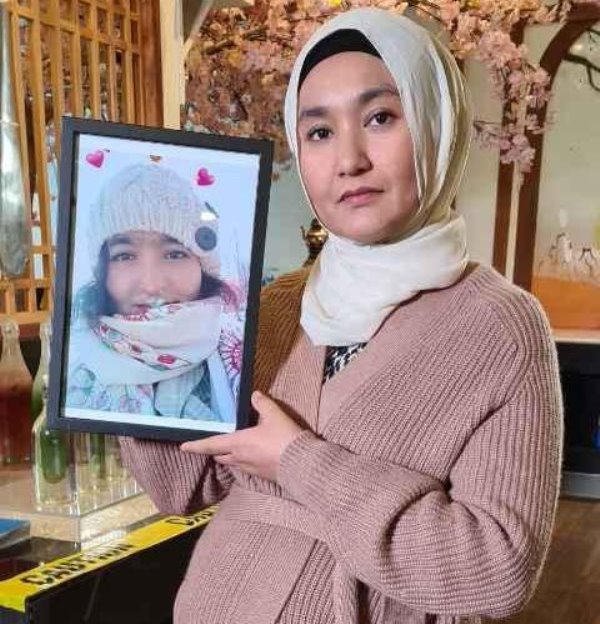 China: Uyghur woman resent to Xinjiang camp after sister tweets about her plight from Sweden

Washignton: Mayila Yakufu, a 43-year-old ethnic Uyghur, was recently released from Chinese detention camp only to be taken back again as her cousin Nyrola Elima was tweeting and campaigning for the release of her sister.

Yakufu had spent more than a year in Yining Detention Center -- her second stint in Xinjiang's shadowy network of internment camps, reports CNN.

Before that, she'd been held in a different camp for 10 months, the US news channel reported.

Yakufu's apparent crime was transferring savings to her parents in Australia, to help them buy a house, it said.

As per US government data, up to two million Uyghurs, Kazakhs and other ethnic minorities could have passed through the camp system since 2017.

Leaked documents seen by CNN show the extent of the mass surveillance apparatus that China uses to monitor Uyghurs, who could be sent to a camp for perceived infractions such as wearing a long beard or headscarf, or owning a passport.

Chinese authorities took her away again, this time to Yining People's Hospital in western Xinjiang, her family told CNN.

They said the authorities didn't give them a medical reason for her admission to hospital, but they did pass a message to her aunt and uncle: stop your daughter, Nyrola, from tweeting.

For months, Nyrola Elima had been campaigning to secure her cousin's release from her home in Sweden, more than 3,000 miles (4,900 kilometers) away from Xinjiang, by lobbying parliamentarians, speaking with NGOs, and tweeting, reports CNN.

On Dec 17, she updated on the condition of her sister and tweeted: "Update: September 5th, the PSB took my cousin to a hospital. She was not allowed to talk to family. My parents and her kids begged me to keep silent so police *might* let her go. Under duress, I kept silent for months. The outcome? They took her back to the detention center."

Elima now has a Swedish passport and works as a data analyst.

She claimed that police officers arrived at her mother's house in Xinjiang with printed copies of the tweets and they demanded that they stop their daughter from speaking out.

Rian Thum, a Uyghur historian at the University of Nottingham in the UK, told CNN it was the first time he's heard of police directly confronting family members with social media posts by Uyghurs abroad.

"It shows that the Chinese authorities are very concerned about international opinion, that they're monitoring Twitter, which is of course banned in China," he said.