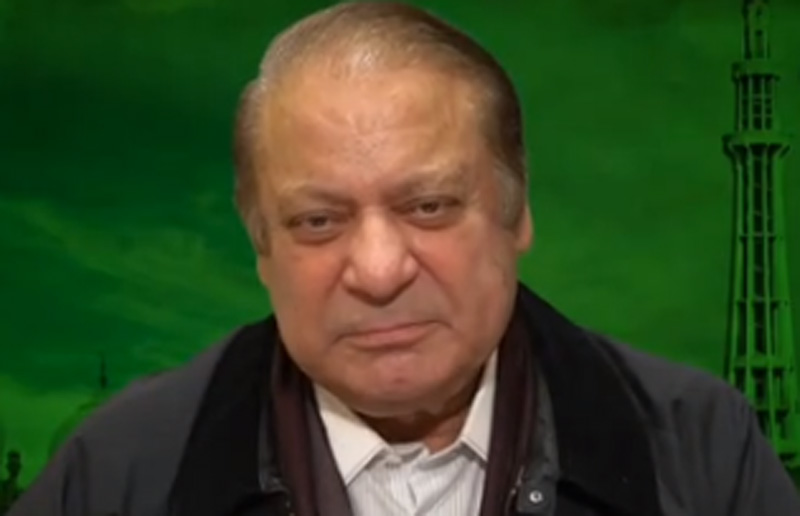 Lahore: Former Pakistan PM Nawaz Sharif lashed out at Prime Minister Imran Khan and the country's army as he addressed the crowd via video link during the Pakistan Democratic Movement (PDM)'s Lahore rally on Sunday.

He asked who was responsible for the failures of the government.

"He (PM Imran) says I won't give an NRO. Who is asking you for an NRO? You and Aleema Khan got an NRO from Saqib Nisar yourself," Nawaz was quoted as saying by Dawn News.

Nawaz said that his "crime is that I speak the truth" and added that he was fighting for the people.

He even accused the country's army of being involved in the political affairs of Pakistan.