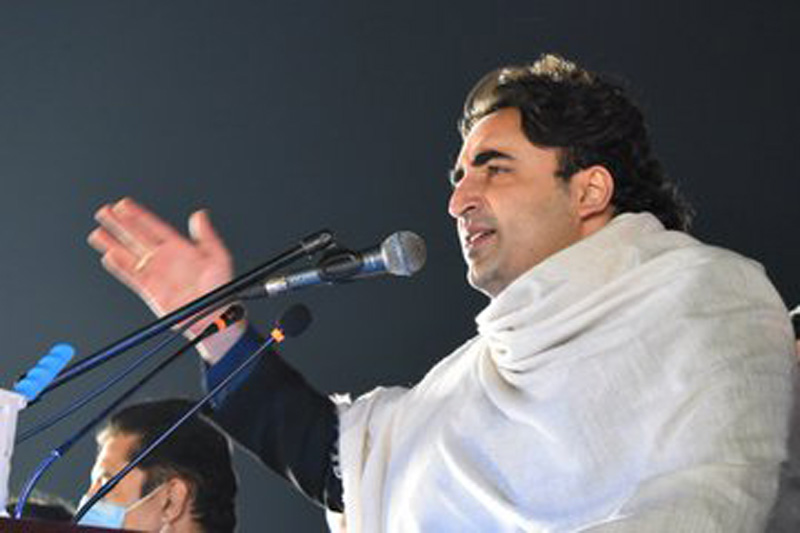 Lahore: Challenging the PM Imran Khan-led government, Pakistan's key opposition alliance  Pakistan Democratic Movement on Sunday participated in the Lahore rally where they announced the hosting of a long march to Islamabad next year.

Hundreds of supporters had braved the chilly weather to attend the venue of the rally.

PML-N Vice President Maryam Nawaz in her address urged supporters to answer the call for a march to Islamabad, while PPP Chairman Bilawal Bhutto-Zardari formally announced that PDM is now headed to the capital, reports Geo News.

PDM chief Maulana Fazlur Rehman said the march to Islamabad will take place either late in January or early in February.

Saluting the crowd, Fazlur Rehman was quoted as saying by Geo News: "The country is currently ruled by an illegitimate government."

"This system of rigging will no longer work," he said.

Bilawal Bhutto-Zardari was quoted as saying by Geo News: "Things are in a dismal state with today's incompetent, illegal and unqualified government. People have nothing but curses in their hearts and on their lips."

Maryam Nawaz Sharif slammed Imran Khan and was quoted as saying by Geo News that a virus far more dangerous and deadlier than COVID-19 is " COVID-18 Taabedaar Khan Imran Khan."

She said that because of "COVID-18" Pakistan's progress, along with its wheat, sugar, gas, electricity, salaries, medicines have all been put under "quarantine".

The PDM alliance has hosted several rallies in different corners of the country in the past.