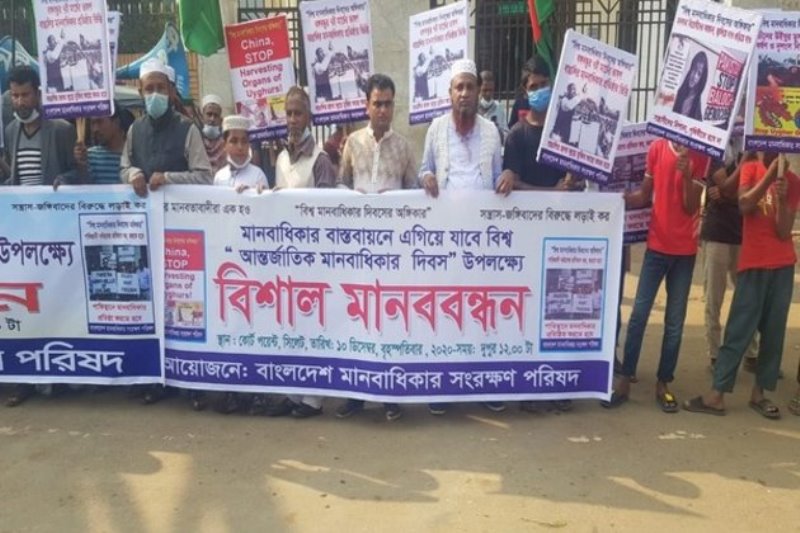 Bangladesh: People demonstrate against Pakistan-China in Dhaka, Sylhet over persecution of minorities

Dhaka: A large number of people in Bangladesh's two major cities- Dhaka and Sylhet- took to the streets to protest against China and Pakistan over persecution of minorities in the two nations.

The demonstrators in both the cities were seen shouting slogans against Chinese treatment of Uyghur Muslims and Pakistan government atrocities against Baloch people.

Incidentally, the protests occurred on Human Rights Day which is observed on Dec 10.