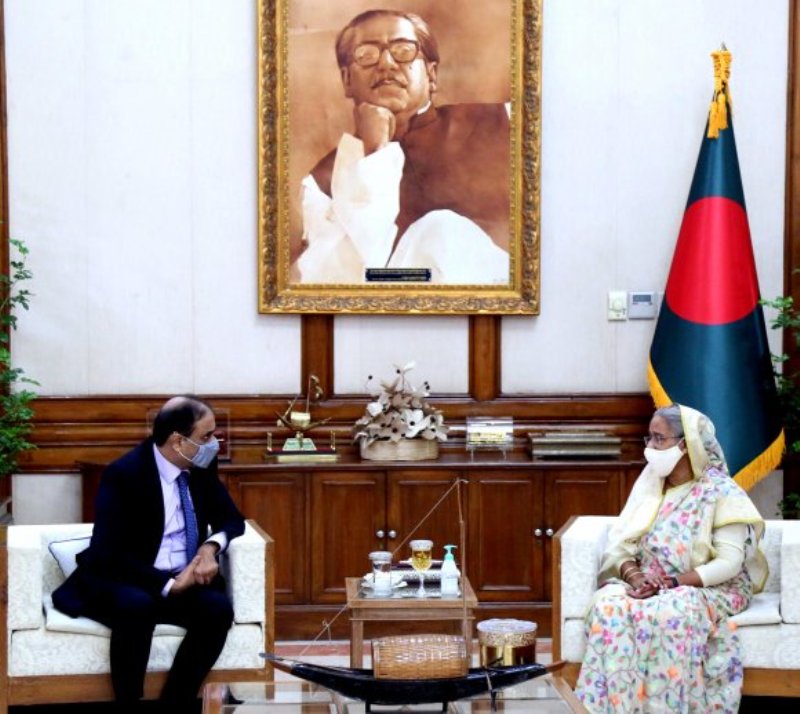 Dhaka: Bangladesh PM Sheikh Hasina has targeted Pakistan and said Bangladesh cannot forget the atrocities committed by the country in 1971.

“Incidents of 1971 cannot be forgotten. The pain will remain forever,” she said while Pakistan High Commissioner in Dhaka Imran Ahmed Siddiqui called on the Prime Minister at her official Ganabhaban residence as quoted by BSS.

Referring to the volumes of the book titled “Secret Documents of Intelligence Branch on Father of the Nation Bangabandhu Sheikh Mujibur Rahman”, the PM said all can learn many historical facts from 1948 to 1971 from the books.

The genocide in Bangladesh began on 26 March 1971 with the launch of Operation Searchlight, as West Pakistan (now Pakistan) began a military crackdown on the Eastern wing (now Bangladesh) of the nation to suppress Bengali calls for self-determination.