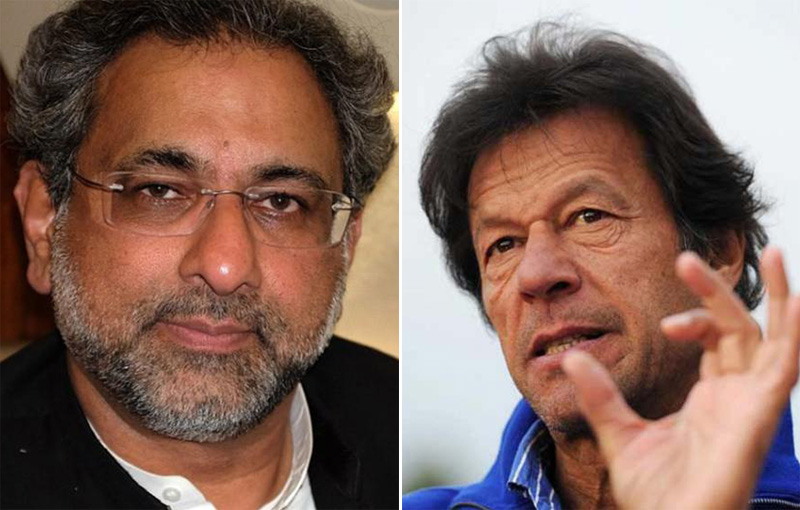 Things are not good for Imran Khan-led government in Pakistan: Abbasi

Islamabad: Former Pakistan PM and senior leader of the Pakistan Muslim League-Nawaz Shahid Khaqan Abbasi has questioned PM Imran Khan's claim about not being under pressure of the country's military in running the government and said such remarks are made only when  “things are not all good’.

“How can you [PM Imran] say that you would not give any NRO [to opposition parties],” Abbasi was quoted as saying by Dawn News at a press conference at the Muslim League House here.

The National Reconciliation Ordinance (NRO) in Pakistan refers to a controversial ordinance issued by the former President Pervez Musharraf in 2007 which granted amnesty to politicians and bureaucrats who were accused of corruption, embezzlement, money laundering, murder, between 1 Jan 1986, and 12 Oct 1999, the time between two states of martial law in Pakistan. It was declared unconstitutional by the Supreme Court of Pakistan on 16 Dec 2009.

“Does it suit a politician or an elected prime minister? NRO is offered by dictators to secure and strengthen their grounds. Unfortunately, such claims indicate how mature [read immature] our national leadership is. This is the leadership which wants to believe that it’s not under [military pressure]. The claim itself suggests all is not good," he said.

He said people who voted for Imran Khan's  Pakistan Tehreek-i-Insaf (PTI) in 2018 have now turned against it.

“So how can you expect any individual or group [or] institution to support the government,” he asked in reply to a question. “This situation is worsening and if it’s not controlled or contained, it would become more disastrous than coronavirus.”

“Take energy sector for instance. It’s because of untimely decisions and incompetence of the people at the helm of affairs that we have suffered losses of Rs122 billion. In more than two years they [PTI government] have failed to set up even a single terminal. As an argument, they have only false accusations against the past governments," the ex-PM of the country said.