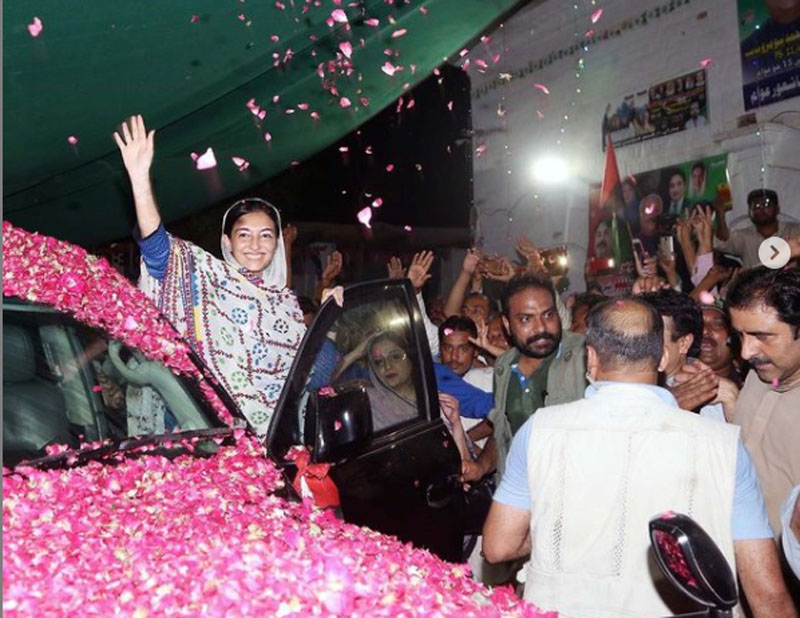 Islamabad/Multan: Aseefa Bhutto-Zardari, youngest daughter of late Pakistan Prime Minister Benazir Bhutto, made an impactful entry to politics by addressing the crucial Multan rally of Pakistan Democratic Movement (PDM) where she targeted the PM Imran Khan-led government by saying the public has given its verdict and the "selected will have to go now".

The PDM rally was held after days of dilemma and conflict between the city administration and opposition workers over holding such an event when COVID-19 cases are on the rise across Pakistan.

Aseefa represented her party on behalf of her COVID-19 infected brother Bilawal Bhutto-Zardari.

PML-N Vice President Maryam, in her address, was quoted as saying by Dawn News that she was "convinced of the bravery of Multan's people" as she had been told that the administration had refused to give permission for a rally, yet people had gathered to hold one.

She accused the Imran Khan-led government of "throwing occupied Kashmir in [Indian PM] Modi's lap" and said that a campaign was being run for Pakistan to accept Israel as a state.

"Public wants to know if the selectors and selected are on the same page on the matter of Israel," the senior opposition leader said.