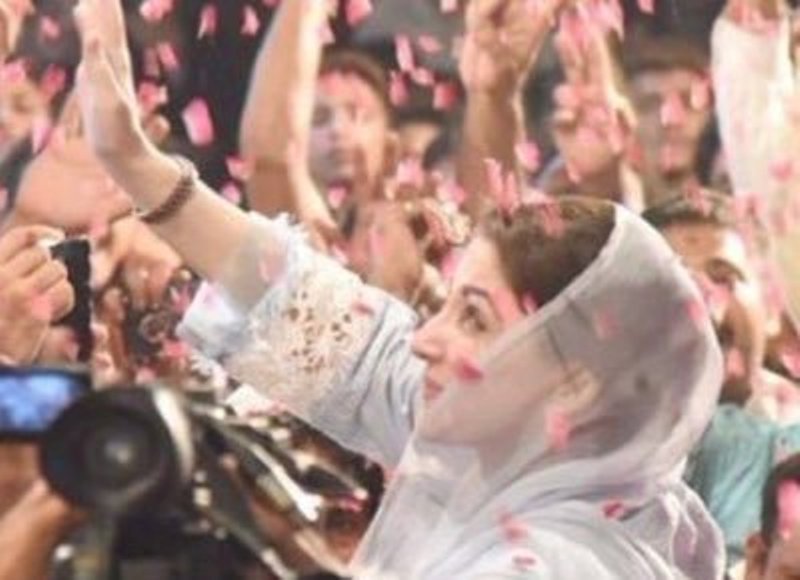 “Nawaz Sharif has directed me to attend the meeting of the PDM,”  Maryam Nawaz  told reporters at Jati Umra here on Thursday as quoted by Dawn News.

The PML-N vice-president will be attending the rally two days after the burial of her grandmother, Begum Shamim Akhtar.

The PDM is expected to host one massive rally in Multan on Monday, amid opposition by the government.

Addressing a press conference in the city, flanked by former prime minister Yousuf Raza Gilani and PML-N's Rana Sanullah at a JUI-F seminary, Fazlur Rehman was quoted as saying by Geo News the Multan rally would be held at all cost and all the leaders would reach the venue come what may.

The PDM leadership held a consultative meeting at the seminary to review the situation after the Punjab government launched a crackdown against the workers who had entered Multan's Qila Kohna Qasim Bagh Stadium by breaking down the gates and removing the containers, reported Geo News.

"Our political workers are being arrested from Multan and Dera Ghazi Khan," the JUI-F chief said. "We wanted the movement to go smoothly, but due to the government's stupidity, it will now speed up."

"The PDM will hold the rally tomorrow at the same venue at all cost and all the leaders would reach the venue despite government threats of legal action," he said. "This is state terrorism."

A day earlier, over 30 opposition workers — including Gilani's son, Ali Qasim Gilani — had been arrested in a late-night operation by the police to take back the control of the stadium, reported the news channel.

Meanwhile, baffled by challenges, Imran Khan tried to corner the opposition by saying the leaders were holding rallies in the country amid a worsening coronavirus situation in the country.