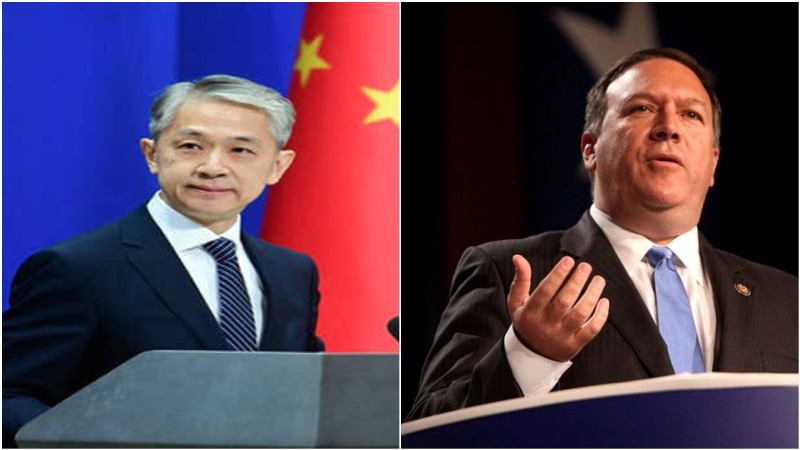 New Delhi/UNI: China on Tuesday asked the US to stop "hyping up the so-called China threat" and sowing discord between countries and undermining peace and stability in the Indo-Pacific region.

The Chinese reaction came as India wrapped up the latest round of 2+2 security and foreign policy dialogue with the US, in which Secretary of State Mike Pompeo invoked the China threat and referred to its massing of troops and weapons on India's border.

Pompeo earlier said his current Asia trip to four countries -- India, Sri Lanka, The Maldives, and Indonesia -- would focus on China's expansionist agenda in the region.

China has invested heavily in Sri Lanka's infrastructure sector under the Belt and Road Initiative. The US has asked Colombo to reconsider its policy choices.

"We urge him to discard the Cold War zero-sum mentality, stop hyping up the so-called "China threat", and stop the misguided efforts to sow discord between regional countries and undermine regional peace and stability," Wang said.

From India, Pompeo goes to Sri Lanka. Ahead of his arrival in Colombo, the Chinese embassy in the island nation also issued a statement and said Beijing "opposed to the US taking the opportunity of the State Secretary’s visit to sow and interfere in China-Sri Lanka relations, and to coerce and bully Sri Lanka."