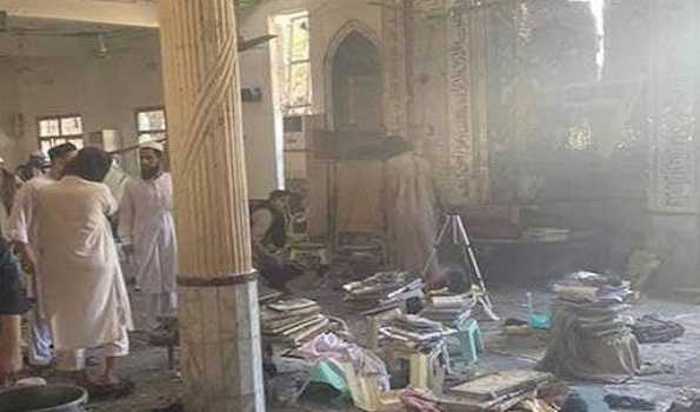 5 killed, many injured in blast in mosque in Pakistan's Peshawar

Islamabad/UNI: At least five people were killed and 55 others injured in a powerful explosion at a mosque in Peshawar, the capital city of Pakistan's northwest Khyber Pakhtunkhwa province on Tuesday morning.

The blast which occurred around 0800 hrs was heard in the vicinity of 500 metres. There was a large number of students inside the seminary, and routine morning classes were being commenced when the explosion occurred, local media reported.

Bodies of the victims lay strewn in the rubble. Police reached the spot and launched the rescue operation with the help of locals.

The cause of the blast is yet to be ascertained.

The injured have been shifted to a local hospital where the condition of several wounded was said to be critical.