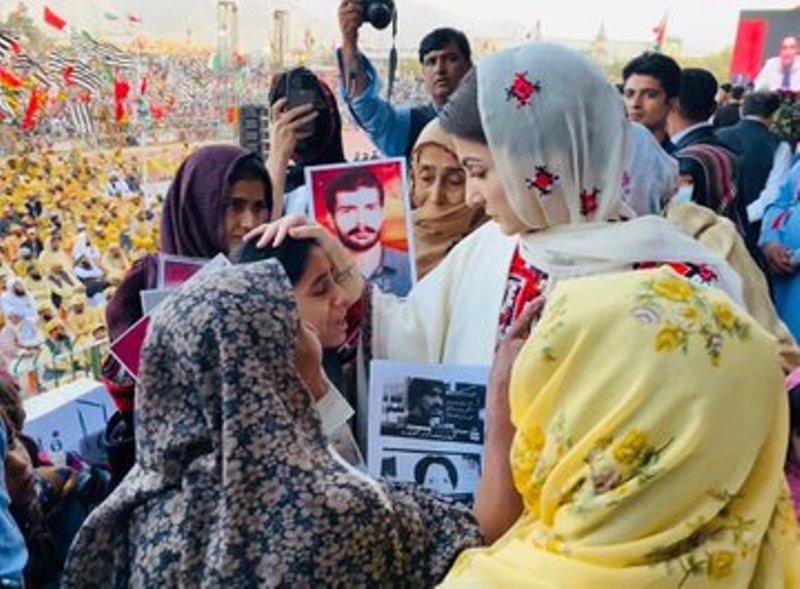 Quetta: The Pakistan Democratic Movement (PDM) alliance hosted their third rally in Pakistan where they used the platform to once again target the PM Imran Khan-led government on Sunday.

The third rally was held in Quetta's Ayub Stadium

PPP Chairperson Bilawal Bhutto Zardari, who is in Gilgit-Baltistan for the upcoming elections in the region, addressed the participants via video link and questioned whether people of Balochistan will always remain neglected.

"No matter which province, the people want freedom and a democratic government. They want freedom from poverty and unemployment, to be able to think for themselves and breathe," he was quoted as saying by Dawn News.

"What sort of a democracy is this where the media isn't free and neither is the judiciary," he said.

"No longer will husbands and brothers go missing, people of Balochistan," she said addressing the attendees as quoted by Dawn News.

"The reason you are deprived of food and shelter is that your vote is not respected. Those who rule you are not answerable to you but to someone else, someone else pulls their strings," she said.

PML-N supremo Nawaz Sharif addressed the public meeting via video link and said: "Looking at this enthusiasm, I am sure that no one will be able to violate the vote's respect now. I saw this enthusiasm in Gujranwala and Karachi, and now I'm seeing it in Quetta."

He is currently in London.

"I am aware of Baloch people's problems, Nawaz Sharif knows [...] the missing persons issue is still there. I feel pain when I see the victims," he was quoted as saying by Dawn News.