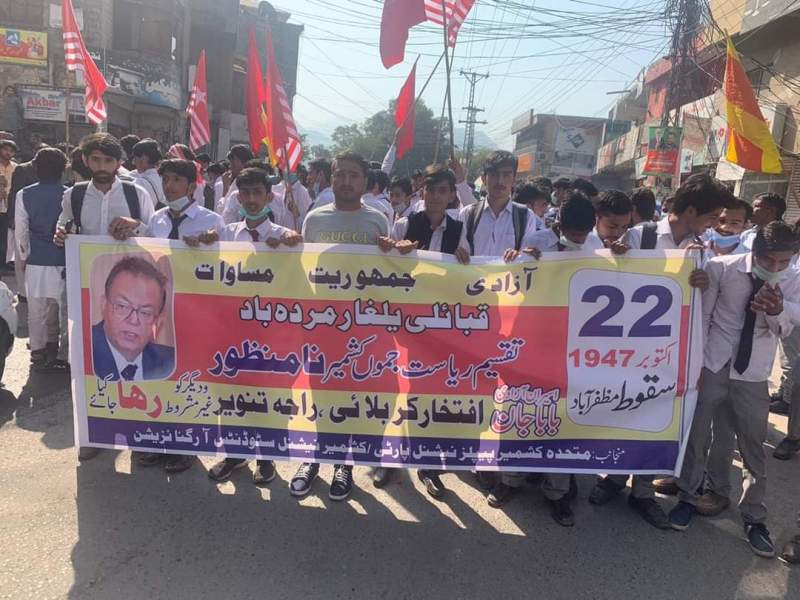 United Kashmir People's National Party and United Kashmir National Students Organisation workers demonstrated in Muzaffarabad city of Pakistan occupied Jammu and Kashmir (PoJK) on Thursday to mark Oct 22, the day of Kashmir invasion by Pakistan in 1947, as a 'Black Day'.

Meanwhile, Jammu and Kashmir in India witnessed yet another episode of history making as locals for the first time put up hoardings in different areas of summer capital Srinagar to commemorate the ‘Black Day’ (Oct 22, 1947) of the region, marked by the brutal invasion by Pakistan over seven decades ago and the mindless atrocities committed on the people. 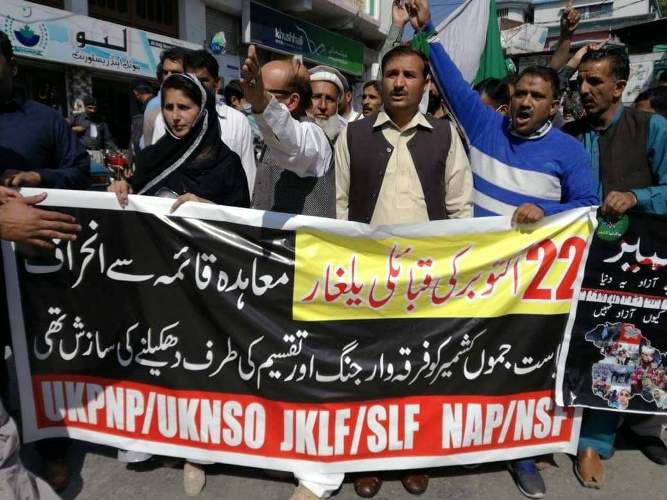