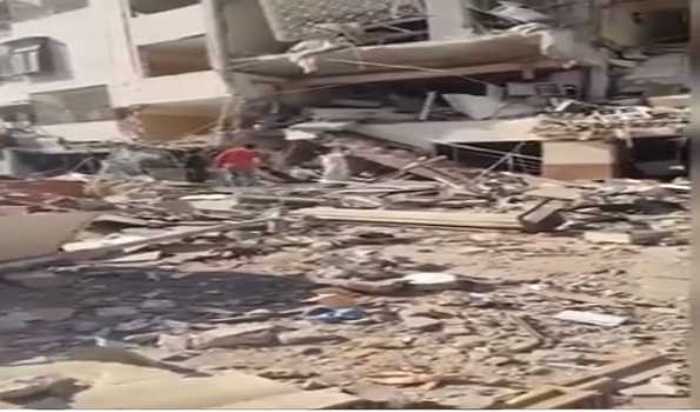 Islamabad/UNI: An explosion in a building near Maskan Chowrangi in Karachi's Gulshan-i-Iqbal area on Wednesday killed 3 people and injured 15 others, Dawn News reported.

All the injured as well as the deceased have been taken to Patel hospital, the officials added.

Though it was still not clear as to what caused the explosion, police said that in all likelihood it was caused by a cylinder blast. They said that the bomb disposal squad is at the site and trying to ascertain the cause of the explosion.

Witnesses said that the blast is believed to have taken place on the second floor of a building which they said damaged the windows of nearby buildings as well as some vehicles parked close by.

Sindh Inspector General of Police Mushtaq Mahar has directed the senior superintendent of police (SSP) East to "immediately submit" a report on the details regarding the blast and steps taken by the police.

This is the second blast to hit the city after a bomb exploded at the entrance of a bus terminus near Shireen Jinnah Colony, injuring five people on Tuesday.