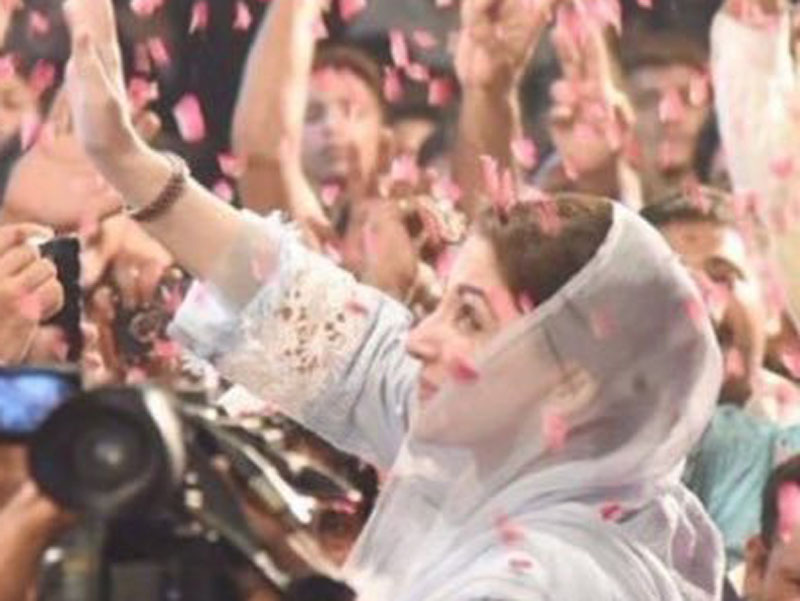 Islamabad/UNI: PML-N Vice President Maryam Nawaz on Friday departed for the Pakistan Democratic Movement (PDM) rally in Gujranwala, saying she has dedicated herself on ousted prime minister Nawaz Sharif's mission for the people of Pakistan.

I embark on this mission as your foot soldier @NawazSharifMNS I have dedicated myself to your struggle, your mission for Pakistan and it’s people. May Allah be with us and may we return triumphant and victorious Insha’Allah. Pakistan Zindabad 🇵🇰

"I embark on this mission as your foot soldier, Nawaz Sharif. I have dedicated myself to your struggle, your mission for Pakistan and its people," Maryam wrote on Twitter as she left from Lahore for Gujranwala’s Jinnah Stadium.

Shahbaz Sharif and Hamza my brother sent their personal security and cars for me. Jail main baithay bhi meri fikar. May you be back with us soonest Insha’Allah.

She further said that she hopes to return triumphant and victorious.

According to Geo news, PDM chief Maulana Fazlur Rehman, addressing a press conference before his departure from Lahore, said that his caravan will meet Maryam’s caravan at some point and they will enter Gujranwala together.

While talking to reporters, Fazl said that all Opposition parties were “committed” and there “should be no perception that some political force is looking for any reconciliation or thinking of it”.

Meanwhile, Punjab Chief Minister Sardar Usman Buzdar warned the opposition parties against any violation of the laws, saying that stern action will be taken against those taking the law into their hands.

"Opposition had the right to assemble within the sphere of law but implementation on anti-corona SOPs was also imperative," the Chief Minister averred.

Mr Buzdar stated that the real agenda of the opposition parties was to protect their corruption as well as to obstruct national development. Buzdar, in a statement, termed opposition parties’ alliance unnatural and predicted that it will break up soon.