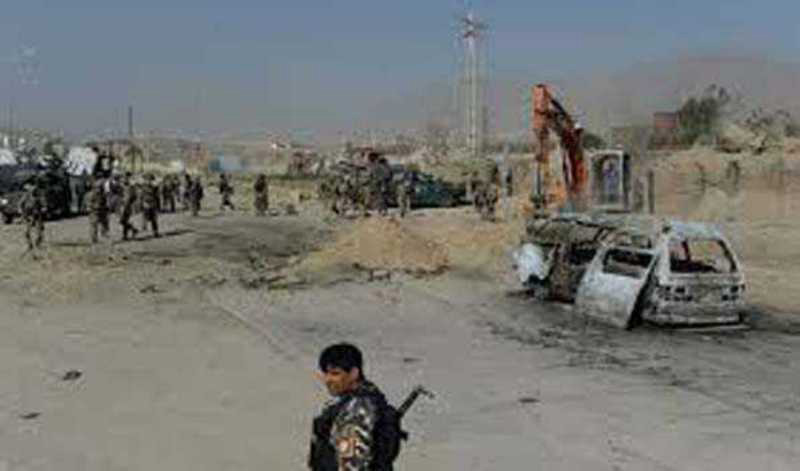 Kabul: At least eleven civilians were killed and four others injured when an improvised bomb struck a vehicle in Afghanistan's central Daykundi province on Tuesday, the provincial police chief confirmed.

"A vehicle carrying 17 people touched off an Improvised Explosive Device (IED) in Dasht-e-Sulaiman locality of Kujran district roughly at 0900 am local time, setting off the pressure-plate IED and the explosion affected 15 of the people aboard the vehicle," Ghulam Sakhi Ghafoori told Xinhua news agency.

Among the victims were several women and children, the police chief noted.

The victims were travelling to a shrine in surrounding areas of the district, in the mountainous region 290 km west of the country's capital Kabul, he said.

He blamed enemies of peace, referring to the Taliban militant group, for the attack.

Militants in Afghanistan have been using home-made IEDs as roadside bombs and landmines to target security forces, but the lethal weapons also caused casualties among civilians.