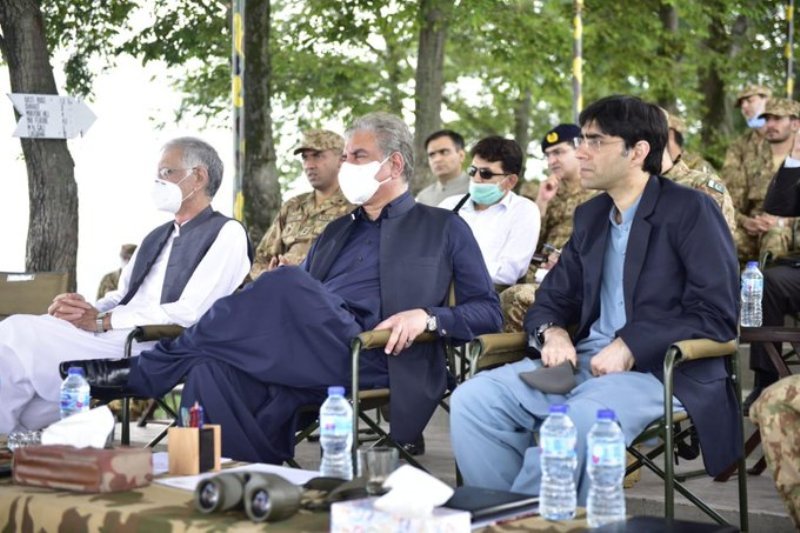 Gilgit-Baltistan’s assimilation into the Islamic Republic works well with China that has poured billions of dollars - even if much of it is a loan - into the China Pakistan Economic Corridor to build an alternative supply route to the choked, and vulnerable Malacca Strait, the main shipping channel between the Indian Ocean and the Pacific Ocean, read the newspaper.

The army has scaled up its presence in the GB region over the years to secure the CPEC that has faced some opposition from locals over concerns that it destroys the environment, culture, and social fabric without much benefit to the people, the report said.

The effort to change Gilgit-Baltistan’s disputed status also fits in well with Moeed Yusuf’s long-standing project to turn the Line of Control with India into an International Border, reports Hindustan Times.

A Pakistan watcher told the Indian newspaper that Moeed Yusuf explored the possibility of formalising the LoC as the border between the two countries nearly a decade later when he visited New Delhi in 2018.

“By then, he had entrenched himself in the establishment in Washington via the US Institute of Peace and worked closely with the Pakistan Army and the Inter-Services Intelligence.,” he said.

In his new role in Imran Khan’s team, his understanding and familiarity with the American system helped to position him as the main strategic thinker for the Pakistani leadership, particularly on dealing with the US Administration, Congress, bureaucracy and the think-tanks, the newspaper reported.

Indian counter-terror officials told the newspaper they had not heard of any instance where Moeed Yusuf had spoken of ending the establishment’s support to terrorists operating in India.

“What we do know is that he did come up with the idea that Pakistan should not seek mediation on Kashmir over concerns that Islamabad could be placed in an awkward position if the US came up with a unilateral proposal, akin to Donald Trump’s Middle East Plan,” a senior Indian official told the newspaper.