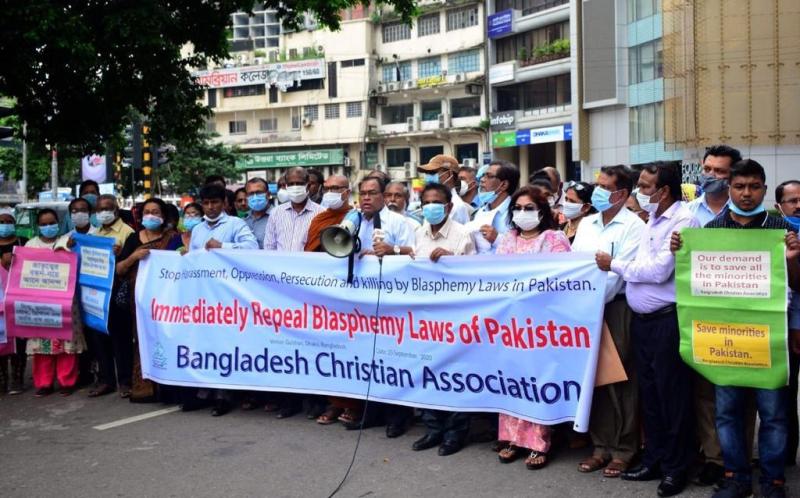 The protesters demanded the repeal of the law and stopping of the persecution and harassment of Christians and other minorities in the country.

The protesters addressed the issue at a gathering in Gulshan-2 on Wednesday.

They later handed over the memorandum.

The written memorandum, signed by Nirmol Rozario, president of BCA, and Hemanta I Corraya, secretary general, notes: "We believe the blasphemy law is conflicting to fundamental rights of Pakistani citizens guaranteed in the constitution. The law is vague, arbitrary and leaves ample scopes for misuse as we have seen it has been abused to fulfill personal and communal hatred, revenge and enmity against innocent people."

"We are aware that blasphemy remains a contentious issue in Pakistan and hundreds of Pakistani Christians and other minorities have fled the country fearing for their lives over allegations of blasphemy. Unproven accusations of blasphemy have led to extrajudicial killings, mob lynching and violent protests targeting minority community members," the letter said.