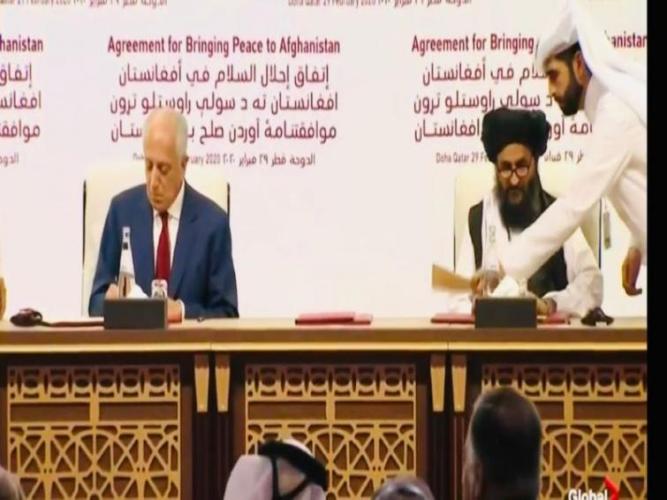 Kabul: Afghanistan's Milli Gato Saatonko Group, a national interests preservation body, has sent a letter to US politician Stephen F. Lynch and claimed that Taliban used 'Pakistan as a launching ground to attack the US, NATO and Afghan security forces'.

"Why isn't Pakistan held accountable for their blatant support of global terrorism and what are the guarantees that they won't send their 40+ other terrorist organizations to destabilize post-peace Afghanistan?" the letter asked.

The group said the people of the South Asian nation want to witness the best possible outcome from the on-going peace negotiations between the US and the Taliban.

"We value the sacrifices the American men and women have made alongside their Afghan counterparts for the greater good of preserving freedom, liberty and human rights," read the letter.

"We understand that the peace breakthrough facilitated by the U.S government is aligned with the aspirations of our great nation. It has created a new pathway for a hopeful future where every Afghan can wake up without the fear of losing a loved one on their way to school or work by an act of terror," it said.

"We, Milli Gato Saatonko Group, The National Interests Preservation Group, solemnly call upon you to not only remain on the right side of the history, but rise to the occasion by standing up for the great cause of women’s rights which is indisputably human’s rights, and let this deal be known as one that preserved the rights of every Afghan man and woman," the letter said.

"Not a deal that prevents little girls from going to school, not a deal that leads to the destruction of our institutions, not a deal that backtracks on the great achievements of freedom and democracy. Let’s make sure that Afghanistan does not become a safe haven for terrorism by proxy," read the letter.