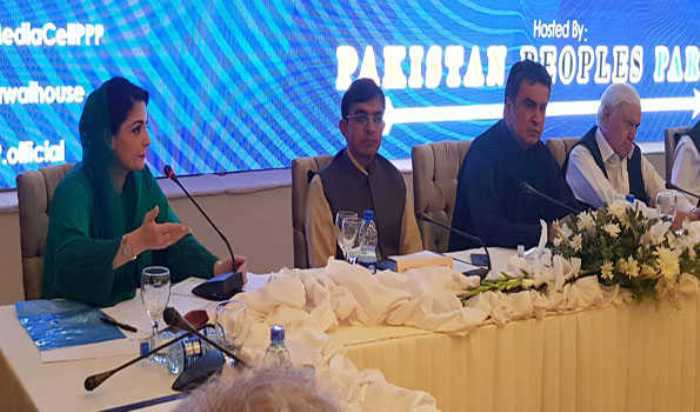 Islamabad/UNI: Main Opposition parties of Pakistan on Monday formalised an alliance to unseat Imran Khan government as according to them it was elected through a 'rigged' election under the influence of the Army.

The Opposition leaders, under the alliance--Pakistan Democratic Movement (PDM)--planned to launch a three-phased anti-government movement starting from October and conduct countrywide public meetings and demonstrations that would culminate into rallies in December and eventually a “decisive long march” towards Islamabad in January 2021.

The Opposition said that they would use all democratic and political, including no-confidence motions and mass resignations from parliament, to seek the "selected" Prime Minister's resignation.

Jamiat Ulema-e-Islam (JUI-F) president Maulana Fazlur Rehman spelt out the details of the “action plan” in the presence of PML-N president Shahbaz Sharif and vice president Maryam Nawaz, PPP chairman Bilawal Bhutto-Zardari and other prominent opposition leaders at a press briefing after the MPC.