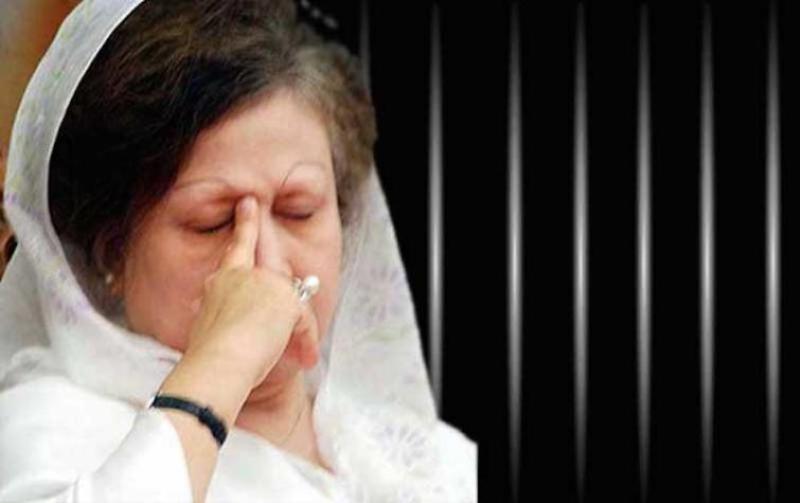 A three-member bench, led by Justice Muhammad Imman Ali, passed the order, after rejecting a petition filed by the state.

The three arson cases were filed at Darussalam Police Station in 2014-2015, while a sedition case was filed with the Metropolitan Magistrate Court in 2016 ,for derogatory remarks on freedom fighters.

On December 21, 2015, Zia, at a discussion at the Institution of Engineers, Bangladesh questioned the actual number of martyrs.

"There're controversies over how many were martyred in the Liberation War. There're many books and documents on the controversies," she said.

The High Court later stayed the trial proceedings of the four cases.It also issued a rule asking the government to explain why the cases should not be scrapped.

This prompted the state counsel to move the Appellate Division.

On August 23 this year, the Appellate Division upheld the High Court Division’s order that had stayed the trial proceedings in four other arson and vandalism cases against the former prime minister filed at Darussalam and Jatrabari police stations in 2015.

Earlier on August 17, the apex court upheld the High Court order halting trial proceedings in four other cases of sabotage against the BNP Chairperson.

The cases were filed in January and March 2015 during a shutdown enforced by the BNP-led 20-party alliance. The High Court stayed the trial proceedings of the four cases in May 2017.

The court also issued four rules asking the government to explain why the court proceedings of the cases would not be declared ‘scrapped’.

In March this year, the BNP chief was released from jail for six months upon an executive order considering her age and on humanitarian ground following an application by her family.

On September 15, the government extended her conditional release by another six months.