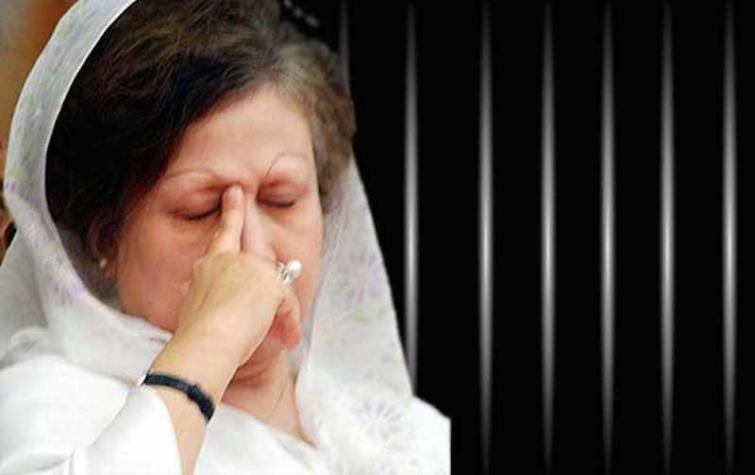 The Home Ministry issued a gazette notification in this regard on Tuesday. It will come into effect on September 25, a day after the six-month suspension of her sentences will expire, a Home ministry statement said here.

However, Ms Zia will not be allowed to go abroad for treatment, as she will have to stay home and receive treatment there.

On August 25, her younger brother Shamim Iskander submitted an application to Home Minister Asaduzzaman Khan, seeking an extension of the release order.

On September 3, the Law Ministry gave its positive opinion for extending the suspension order on two conditions - receiving treatment at her Gulshan residence and not leaving the country.

Zia was released from jail for six months upon an executive order, considering her age and on humanitarian grounds, following an application by her family on March 25.

The former prime minister was sent to Old Dhaka Central Jail, after she was sentenced to five years' imprisonment by a special court in the Zia Orphanage Trust corruption case on February 8, 2018.

She was convicted in a second corruption case later.

The 76-year-old BNP chief has been staying at her Gulshan residence, since her release. A special team of her personal physicians has been overseeing her treatment.