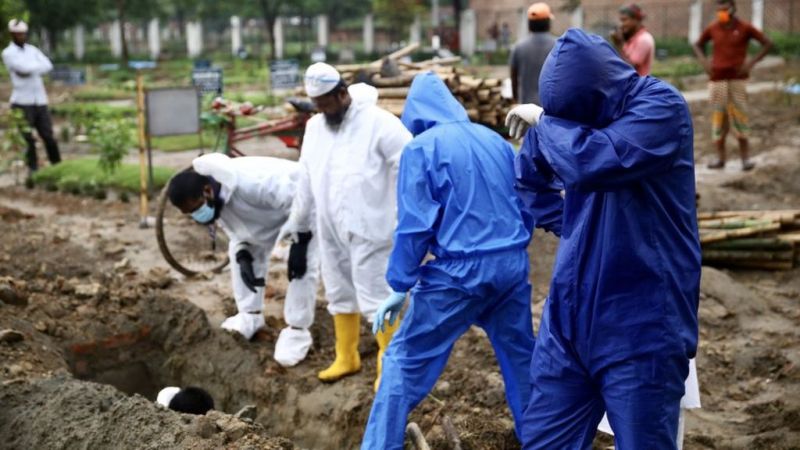 Dhaka/UNI: Bangladesh reported 1827 new cases of COVID-19 during the past 24 hours while 41 lives were lost in the same period.

Besides, a total 1,827 new cases of coronavirus were detected over the same time, taking the total number of infected people to 3,31,078 across the country.

A press release issued by the Directorate General of Health Services (DGHS) confirmed the development on Wednesday (September 09).

A total of 2,995 people have recovered from the virus in past 24 hours, bringing the total number of recoveries to 2,30,804, the press release said.

16,74,452 samples have been tested so far since the virus outbreak in Bangladesh, it cited.

Of the deceased, 29 were males while 12 were females. Of the dead, 17 were from Dhaka division, six from Chattogram, five from Rajshahi, four from Khulna, one from Barishal, two from Sylhet, one from Mymensingh and five from Rangpur.