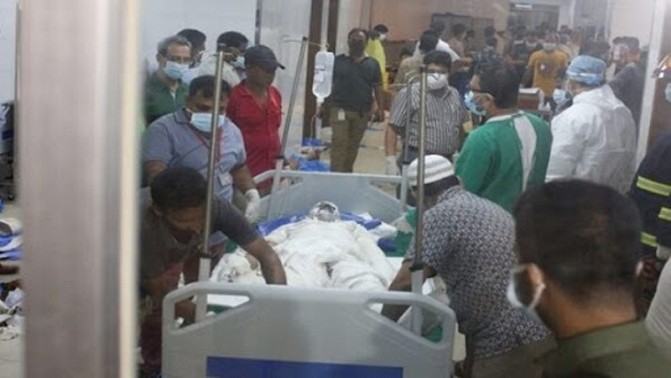 Dhaka: The death toll in the air-conditioner blasts incident at a Narayanganj mosque in Bangladesh has reached 28 as another victim died on Tuesday, media reports said.

Abdul Hannan, 50, was the latest victim to die at the intensive care unit of the Sheiikh Hasina National Institute of Burn and Plastic Surgery in Dhaka on Tuesday, Partho Shankar Paul, the institute’s resident physician, told bdnews24.

Nine others are currently under treatment in ICU.

All 37 victims who were admitted to the institute had their air ducts burnt in the explosions on Sep 4, bdnews24 reported.

A survivor, who was identified as Mamun Prodhan, returned home from the medical facility on Monday.

Over 50 worshippers were hurt when the air-conditioners exploded in the mosque.