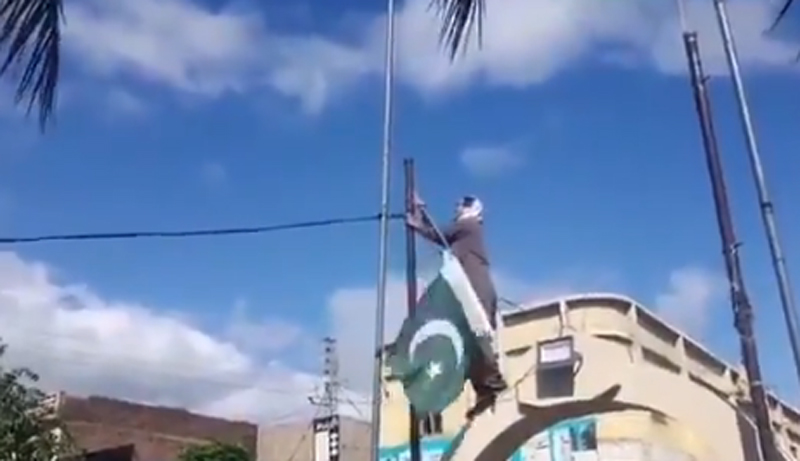 Islamabad: An activist-journalist was allegedly tortured by the country's agencies and security forces after he tried to remove Pakistan's flag from a popular public place in Pakistan occupied Kashmir (PoK)'s Dadyal, media reports said.

A video of the incident where he is dragged by the security officials has gone viral online.

In a video, activist and journalist Tanveer Ahmed claimed that he has removed a Pakistani flag from the area and said he is being followed by the secret agencies. He then climbed on a wall and removed the second Pakistani flag hoisted at the square, reports ANI.

Tanveer was on a hunger strike for the past few days, media reports said.

He reportedly asked the administration to remove all Pakistani flags from the area.

After the local administration did not do it, he went himself to remove the flags.

Sources told ANI that he was later mishandled and threatened by the security agencies.