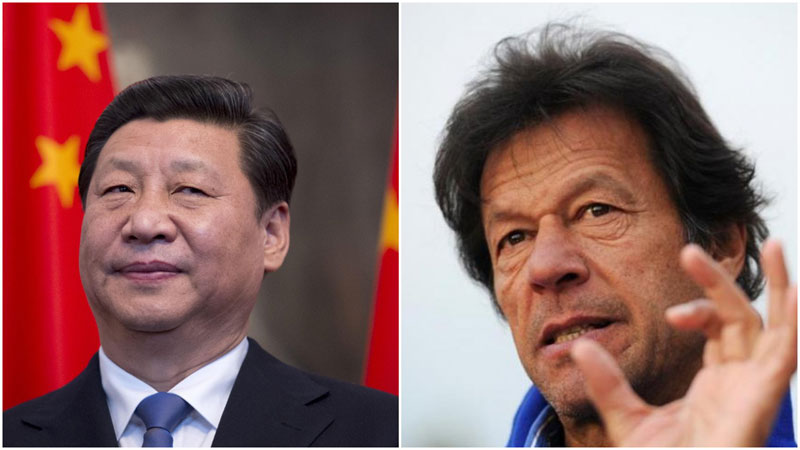 A leading Hong Kong-based newspaper has claimed that Chinese president Xi Jinping is all set to sideline the democratically elected representatives and civil servants of Pakistan to expand his direct influence over the political and economic processes of the country.

"Since 2016, Xi, the general secretary of the Communist Party of China has been forcing the Pakistani establishment to put pressure on the government (it was Nawaz Sharif’s government back then) to sideline the Planning Ministry’s role in the implementation and monitoring of the multibillion-dollar China-Pakistan Economic Corridor (CPEC)," Journalist Ali Salman Andani wrote in his opinion piece published in Asia Times .

"Xi pushed for the creation of a supra-constitutional CPEC Authority that would freelance the management of the predatory infrastructure and power-generation projects under his direct command," the news portal said.

"The proposal was rejected then, but last year it was again presented before the prime minister of the country – now Imran Khan. The reason given was timely completion of the projects," it said.

Commenting on the Imran Khan-led government, the news portal said: "This time the prime minister is a full-fledged puppet of the military establishment, and therefore it was easier than before to manipulate the law to fulfill Xi’s desire to take over the Planning Ministry of Pakistan, and in future the country itself."

Xi doesn’t want the Belt and Road Initiative or any of its components to be held accountable or face resistance, the news portal's opinion piece said.

"He knows that his Chinese Dream of indoctrination of a majority of free people of the world by 2050 will not be fulfilled if the people of the countries victimized by the BRI come to know about his strategy to destroy their futures and those of their future generations," read the Asia Times opinion piece.

Targeting Xi, it said:"The truth is that he is burdening those countries in debt traps while they are already suffering from intense balance-of-payments crises."

Xi will slowly poison Pakistan and other poor economies by creating extreme shortages of foreign-exchange reserves.

"In the end, these countries will have to accept the invasion of their political and economic systems by the Communist Party of China," read the news portal.