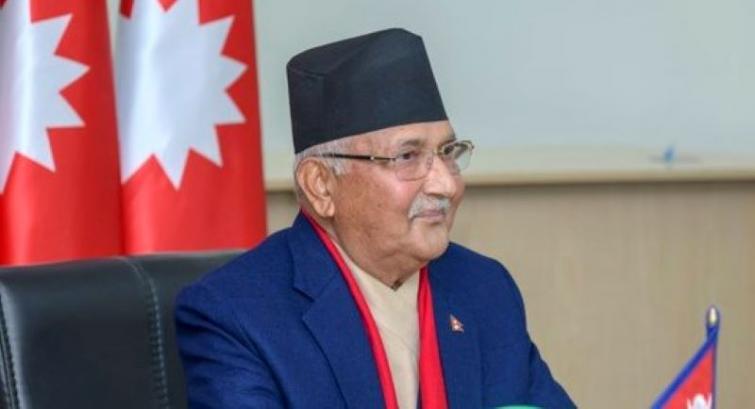 Kathmandu: Nepal PM KP Oli-led government has rendered the state system dysfunctional, largely derailed democracy, and for all practical purposes, sent the 'republican' constitution into a coma, an expert has said.

In his opinion piece published in The Kathmandu Post, Achyut Wagle, professor at the Kathmandu University School of Management, said: "The culmination of inefficiencies of the two-and-a-half-year-old Oli government has glaringly manifested itself as the Covid-19 crisis deepens. The average infection rate has crossed 10 percent among the tested population only during the last 20 days."

Targeting the government over the spread of the pandemic, the expert said contact tracing of suspected carriers of the virus has long been abandoned.

"Evidence like infections found in people without any travel history and positive test results of sewage samples from Kathmandu's densely populated areas clearly indicate that the virus has already spread deep into the community," the professor said.

"Testing facilities and kits are in acutely short supply throughout the country, thanks to the government's indecision on their timely procurement and its criminal negligence of the impending gravity of the pandemic. Pathetic quarantine centres, appallingly mismanaged lockdown and complete disregard of the people's regular healthcare and livelihood needs apart from Covid-19-related treatment have become staple stories; as if overdone and not worthy of government attention," he said.

"He is already in a minority at each layer of the party organisation, namely the secretariat, standing committee, central committee and parliamentary party. The only power centre now left for him to lean on is President Bidya Devi Bhandari whom he had unnecessarily dragged into controversy for his own political cushion, alleging that his opponents in the party were trying to oust him and 'also impeach the president'," he said.

The professor said Oli is using all possible tactics of threats, persuasion and political muscle-flexing to retain both his positions of prime minister and party chair.

"But this time around, the opposition seems determined not to spare him without making him sacrifice at least one out of the two positions. The accumulated inefficiencies of his government and latest unfounded rants like 'India is plotting to oust him and his opponents are colluding to the cause' have forced many of his earlier supporters to leave the sinking ship," he said.

"Oli's incessant bungling was clearly uncharacteristic and a highly unbecoming phenomenon given the rare favourable political backdrop against which his government took the reins. His party commanded a near two-thirds majority in the federal Parliament and similar majorities in six out of the seven provincial assemblies. The formation of a 'strong' Nepal Communist Party uniting the then CPN-UML and the Maoist Centre created an unprecedented formidable communist force in the country," Wagle said.

Wagle said Oli never elevated himself to a 'statesman'.

"The goon-style politics which he promoted throughout his political life is perhaps his greatest weakness. Open patronage to them also became one of the main reasons for his downfall," the professor wrote.