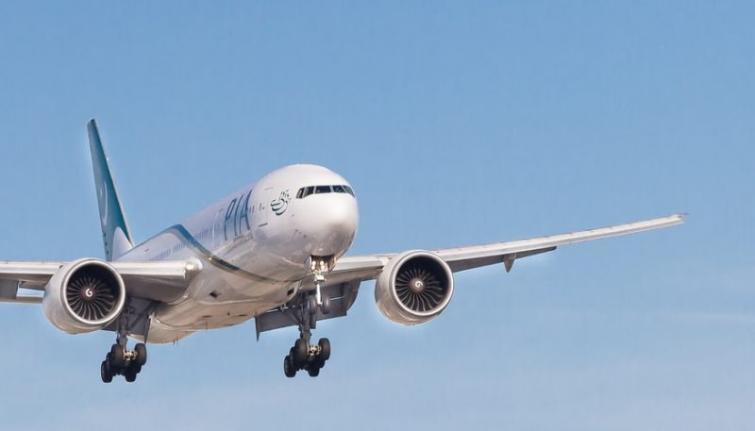 These airports are Birmingham, London Heathrow and Manchester.

"Following the decision on 30 June 2020, by the European Union Aviation Safety Agency (EASA) to suspend permission for Pakistan International Airlines (PIA) to operate services to the European Union, PIA flights from Birmingham, London Heathrow and Manchester airports are suspended with immediate effect," UK Civil Aviation Authority said in a statement.

"The UK Civil Aviation Authority is required under law to withdraw PIA's permit to operate to the UK pending EASA's restoration of their approval that it meets international air safety standards," it said.

"We are reviewing a request by EASA to allow a small number of repatriation flights operated by PIA to commence over the coming days. These will only be approved should EASA be assured by the safety cases of these flights and that the flight crew operating the aircraft have the correct documentation," read the statement.

Pakistan's Federal Minister for Aviation Ghulam Sarwar Khan has claimed that around 40 per cent of the pilots in the country have fake flying licences.

Sarwar revealed the startling news about the ‘fake’ pilots while presenting a provisional inquiry report in the National Assembly of Pakistan about the recent PIA plane crash in Karachi, reports Gulf News.

“Pakistan has 860 active pilots, which includes PIA, Serene Air and Air Blue pilots as well. The inquiry which was initiated in February 2019 showed that 262 pilots did not give the exam themselves and asked someone else to sit for exam on their behalf,” the minister was quoted as saying by Gulf News.

He said they have found out during the investigations that pilots with ‘fake’ licences did not even have proper flying experience.