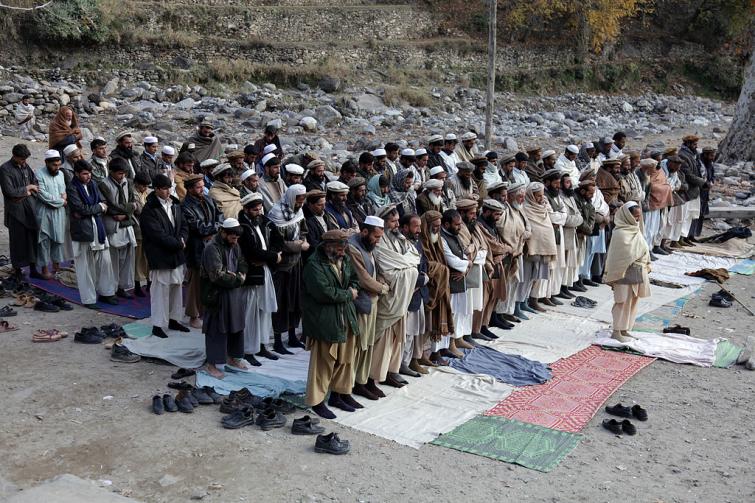 Islamabad: Pashtun Tahaffuz Movement (PTM) chairman Manzoor Pashteen has said his organization will continue to fight and raise voices  for Pakhtuns and seek justice for those killed in the alleged fake police encounters.

He, along with MNA Ali Wazir, visited Bara tehsil of Khyber district on Sunday to express sympathies with the family of Irfanullah, who was allegedly killed in a fake encounter with the Counter-Terrorism Department’s sleuths in Peshawar on June 22 along with three suspected terrorists, reports Dawn News.

Later speaking at a protest sit-in organised by Khyber Siyasi Ittehad, Pashteen was quoted as saying by the newspaper that  his organisation would launch a countrywide protest against the alleged extrajudicial killing of teacher Irfanullah if the family of the deceased so desired.

“We do not promote terrorism, we do not block roads and we do not demolish houses of innocent people”, he said, adding that the PTM would always strive for peace and justice on the “Pakhtun soil”.