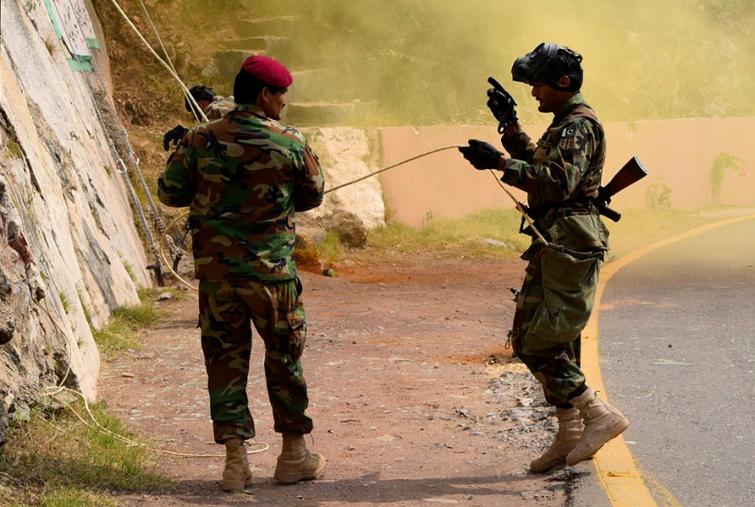 An online platform of Indian defence industry has highlighted how the Pakistani Army, away from the primary work of protecting the country's border, is working to continue its roaring business empire that it has established for the past seven decades.

"Notwithstanding the imposition of gigantic fine which Pakistan is grappling with, the Reko Diq fiasco [the International Center for Settlement of Investment Disputes or ICSID fined Pakistan for unlawfully denying a consortium a lease to mine copper and gold deposits at the Reko Diq mine in Balochistan] is unlikely to make any dent to the roaring business empire which the Pakistan military has created over the last seven decades.

Speaking on the range of business performed by Pakistan Army, the website claimed: "The range of the cumulative business empire is mind-boggling. From cement to cereals, general insurance to gas, fertilizers to fish farms, seeds to stud farms, apparel to aviation, meat to medical equipment, name what you like – the Milbus in Pakistan markets a variety of products with little or no connection to its core duties of defending the borders."

The Foundations operating these commercial enterprises are registered as charities or societies, and not as companies, under the laws of Pakistan, the platform said.

"The Fauji Foundation, Shaheen Foundation and Bahria Foundation are registered under the Charitable Endowment Act of 1890. The Army Welfare Trust was established under the Society Registration Act of 1860. Each Foundation is administered by a Committee of Administration, Chaired by the Chief of one of the three Defence Forces. Together, the Foundations constitute Pakistan’s largest industrial and trading complex, however, none of them is covered under the Companies Act of 2017, which is applicable for profit-making enterprises," Bharat Shakti reported.

Speaking on the Diamer-Bhasha dam in Gilgit Baltistan, the platform said; "More recently, the contract for the construction of the Diamer-Bhasha dam in Gilgit Baltistan was awarded to a joint venture between Power China and Frontier Works Organisation. The dam could constitute a violation of the Indus Water Treaty between India and Pakistan; however, such concerns have seldom bothered Pakistan’s business-minded military elite."

On the corruption of MilBus companies, the platform said: "All this has had a corrosive effect on the organisational culture of Pakistan’s military, and a disastrous fallout on the country’s economy and social development. The monopoly commanded by MilBus companies has prevented civilian businesses from flourishing in key sectors like power, cement, fertilizers, etc. The preponderance of former military personnel in hundreds of businesses in the civilian commercial sectors practically serves to deprive thousands of more needy civilians of getting those jobs."

The Indian Defence Industry platform said it is unlikely that the PM Imran Khan-led government will be able to pierce a hole in Milibus.

"It seems highly unlikely that the current ‘selected’ government of Imran Khan would be able to pierce a hole in the Milbus net, which has been cast wide by the military-intelligence establishment. Pakistan’s only hope is its resilient but courageous civil society, and a small but gutsy cadre of journalists, which has risen in the past to unsettle and dislodge military dictators like Musharraf and Ayub Khan," it said.

"MilBus in Pakistan is analogous to the topical Chinese Coronavirus pandemic. Its infection is ubiquitous and debilitating but has no established treatment. It is only through innovative and holistic external and internal curative measures that Pakistan will be able to overcome the malignancy of Milbus which afflicts its political economy," said Bharat Shakti.