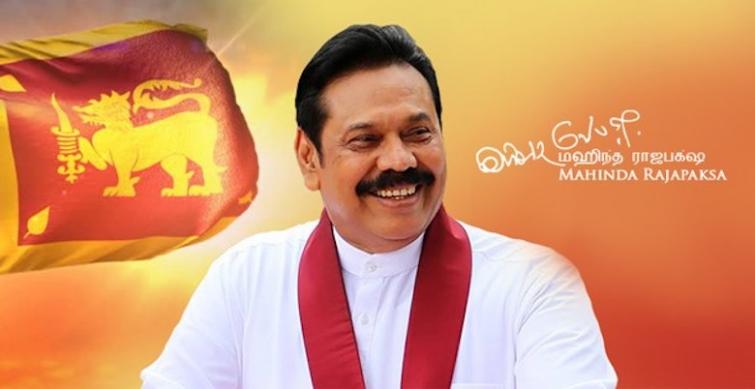 GUEST COLUMN: A political legend, Mahindra Rajapaksa changed the face of Sri Lanka, I am fortunate to call him my father

Fifty years ago, on May 27, 1970, the journey of a political legend began. Sri Lanka’s political destiny changed when Hon. Mahinda Rajapaksa decided to follow his father’s footsteps by entering the political arena, representing the Hambantota district.

He was aged only 24 years, was elected to Parliament, as the youngest MP ever in Sri Lanka’s political history. He entered the political sphere with one aim, one vision – to serve the country, to sacrifice himself for his people, and bring the country up to its true potential.

Since then his career has only been revolved around strengthening the local sectors and working for the public. He realized back then that Sri Lanka’s strategic geographic location in the Indian Ocean was a lifelong advantage for all its citizens and this country could prosper and transform into a gem, if led strongly.

Whilst being an MP, Mahinda Rajapaksa took oaths as an attorney at law in November 1977, at the age of 31. That same year although he lost his parliamentary seat while contesting from the SLFP, he made a strong comeback in 1989 after he was re-elected from the Hambantota district.

During the gap between 1977 and 1989, Mahinda Rajapaksa worked according to the pulse of the masses, understanding their difficulties. He stood up for his people who were struggling during the second youth uprising in Sri Lanka.  When he re-entered Parliament, he knew what this country had to do for its people.

In 1994, under the Chandrika Kumaratunga government, Mahinda Rajapaksa was appointed as the Minister of Labor – his first entry as a Minister on a subject which was very dear to him as he was a strong voice for the youth and the working class back then, realizing the difficulties they faced.

He also worked on expanding vocational training institutions across the country which was a significant achievement back then as he foresaw the challenges we were going to face in the future. Back then, before the world realized the importance of technical and vocational training, Mahinda Rajapaksa realized its importance. This however was not taken very seriously by the government back then and for him to work on this was a struggle.

Back then people here did not prefer going overseas for employment. They were always home oriented. However, after much convincing, many of those who went for foreign employment back then to these two countries, are today grateful to Mahinda Rajapaksa as they are well off businessmen now.

At that time they blamed my father, lamenting, that while they expected jobs in the government, why were they being pushed by him to work in a foreign country. However today, their children have successfully taken over their fathers’ businesses and all are well settled. To this day, they visit my father, appreciating his struggle back then.

Then in 1977 after a cabinet reshuffle, Mahinda Rajapaksa was appointed as the Minister of Fisheries and Aquatic Resources, a subject which he did not have much experience in back then. But being the fighter that he is, he accepted the challenge as he knew the fisheries sector had immense potential and the politicians back then had failed this vital community.

He ended up being one of the best Fisheries Minister this country has witnessed.

Within months after he took over, Mahinda Rajapaksa began expanding inland fishing and launched the ‘Divara Nivasa’ a housing scheme for fishermen. No other minister had thought of launching a housing project for the fishing community back then both for those living along the coastal belt and those living inland.

Even today, when I visit these villages, they value the hard work and contribution Mahinda Rajapaksa did for this community stating he was a minister who understood the mindsets and struggles of the fishing communities. He also launched the vital ‘Sagara Vishwa Vidyalaya’ a project which was initially launched to educate the children of the fishing folk about the ocean and marine studies.

Most of the harbor constructions were also started under the helm of Mahinda Rajapaksa. For example, starting from the Kudawella harbor, it expanded to the southern belt and then into Negombo and Chilaw.

This was launched under the fisheries harbor expansion project, which was one of the greatest projects launched in this country.  Multi-day trawling also was transformed into a separate industry in Sri Lanka under Mahinda Rajapaksa as he worked towards its development. This created many jobs and changed the destiny of such fishermen.

Today Kudawella and many fishing hot spots have leading Small and Medium Entrepreneurs because of this industry alone all due to Mahinda Rajapaksa’s era. What my father did for the ports industry during his term as the minister, is still being seen and felt today. He knew then that ports could emerge as our strongest assets and worked on it accordingly. Every ministry, every sector he touched, he worked tirelessly and abiding to his vision. And today, we are reaping its benefits.

Another very memorable experience worth sharing from Mahinda Rajapaksa’s legacy is the “Pada Yatra” which he began up to Kataragama. In his experiences, he recollects how, during the late Ranasingha Premadasa’s administration the Yatra was to be halted from Wellawatta. However he scraped this through, with much difficulty and the youthful politician that he was back then, he led this historic “Pada Yatra” for the first time, to Kataragama to protest against the 1988-89 killings and the political unrest in the country.

My father shares a very close relationship with the Marijan family from Beruwala. It was during the time of the Holy month of Ramazan that the Pada Yatra was to pass Beruwala. This family, my father recollects cooked meals for all devotees who took part in this walk and this emerged into an issue as several Muslim families back then protested this family cooking meals during the fasting period.

But after realizing this food was to be served for people taking part in the yatra, it symbolized a new unity between the Muslim and Buddhist communities in Beruwala, which lasts to this day.

Mahinda Rajapaksa’s political legacy has many stories to be told. In 2005, this politician who struggled and sacrificed endlessly for this country was elected as the President, during a time when the world’s most ruthless terrorist organization was active here, raging a full-fledged war.

His presidency was the toughest challenge as he entered with only one aim, to end the war, to end the bloodshed, to end the struggle, which no politician back then had been successful in doing.

Within four years, Mahinda Rajapaksa led the nation into eliminating terrorism from our shores. The sacrifices he made was immense. I remember that May, in 2009, when the war had ended, he came back home with a tear. His tear was for those who had died in battle and the bombs. But then  I saw new courage in my father, to develop this country and raise it to its true potential.

This year, as my father completes his 50th year in politics, I too complete my 10 years in the political arena. I am yet to achieve even a fraction of what my father has achieved as my journey to work for this country has only begun. But I am confident to work for the citizens of this nation, as I try to follow my father’s footsteps.

I will not let the sacrifices my father made for this country to go in vain.

He afterall, changed the face of this nation and emerged as the true leader of Sri Lankan Citizens. I wish my father all the very best and many more years of dedication for his first love – Mother Sri Lanka.

Namal Rajapaksa is a Sri Lankan politician and son of Mahinda Rajapaksa. A member of parliament, it is widely believed that he will succeed his father's political legacy)