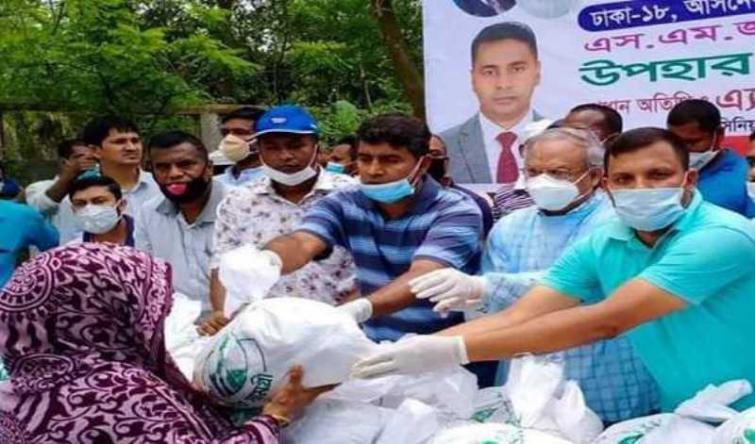 Addressing during a relief distribution programme organised by the party’s Dhaka-18 unit in the capital’s Dhakkhan area here on Saturday and Sunday, Mr Rizvi said, "Serving people cannot be done in this way. During the dreadful pandemic, the government was doing joke with the people’s hunger without tackling the famine like situation. You will not be able to tackle such a disaster by doing joke."

SM Jahangir Hossain, president of Jubodal Dhaka North, was in the chair.

Rizvi alleged that the ruling Awami League (AL) activists were now harvesting immature Boro paddy of the farmers only to show that they were with the farmers.

Though BNP is not in power, they are doing their best as per their ability to stand by the poor people, he observed.

"We have stood by the people not for fame. We have been doing it for serving them," he said.

He alleged that the government had formed relief committee with AL activists at ward level and the people recommended by the AL committee were getting relief materials.

"That means, they are doing partisan politics in distributing the relief materials. They are providing relief to their party activists.

Crores of people are crying in hunger. Day labourers and those who live from hand to mouth are now crying for food but the government was not paying any heed to them," the BNP leader alleged.

He said that the government was "busy with implementing their agenda of one-party thoughts".

Rizvi criticised the government for the "theft of relief rice by the ruling party activists", which were published both in the national as well as international media.

Apart from the government, major political parties, including BNP, are distributing relief materials to the poor people due to lockdown situation imposed for preventing the spread of coronavirus in the country.

Reports of alleged irregularities in the government relief distribution were published in the mass media.

The local government division suspended several chairmen and members in this regard.