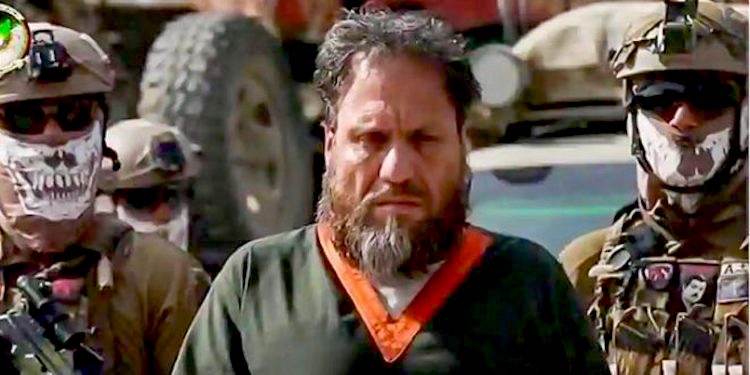 Kabul/IBNS: The Afghanistan government has rejected Pakistan's request to extradite its citizen and terrorist Aslam Farooqi who was a mastermind of the attack on a gurudwara in Kabul city recently killing at least 25 Sikhs.

He is the so-called emir of  Islamic State Khorasan Province (ISKP).

"Afghanistan ministry of foreign affairs have received the request of Pakistan government about surrendering Aslam Farooqi. Farooqi is that leader of Daesh that have performed lots of crimes. He is accused of leading several operations that resulted death of several Afghan civilians and soldiers.

"As there is no agreement between Afghanistan and Pakistan on extradition of suspects or criminals therefore Aslam Farooqi will be dealt based on the Afghanistan’s law," said the statement.

"ISKP leader Abdullah Orakzai, a Pakistani national known as Aslam Farooqi was detained in a complex operation by NDS Afghanistan special forces. In initial investigations, he has confessed of strong relationship between Islamic State-Khurasan and regional intelligence agencies," Javed Faisal, Spokesperson of National Security Council of Afghanistan was quoted as saying by Zee News.

He was arrested by security forces in Afghanistan on charges of orchestrating the attack on the Sikh gurudwara on Mar 25, an incident that was condemned worldwide.

Farooqi is a native of Orakzai agency that is located in Pakistan, media reports said.

Farooq was operating as the commander of Daesh’s military wing in Pakistan’s Peshawar city and was deployed in Abdul Khel valley of Achin district of the eastern province of Nangarhar,  read a statement issued by National Directorate of Security (NDS) of Afghanistan, as reported by Tolo News.

Farooqi was "enjoying close relations" with the other terrorist groups such as "the Haqqani network, Lashkar-e-Taiba,” said the statement.

According to reports, he had joined LeT in 2004.

The attack last month in the Kabul city of Afghanistan left 25 people killed.