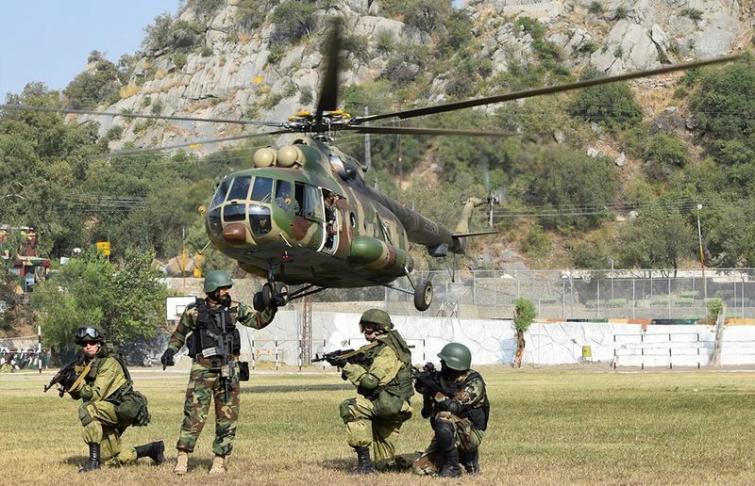 According to reports, the government is also allowing labourers engaged with China–Pakistan Economic Corridor (CPEC) to settle in the region.

"The demographic profile of PoK has already been changed by settling ex Pak army soldiers from its Punjab province. Due to ongoing CPEC projects, a huge area of public and private land in the PoK has been given free of coast to Chinese companies. This is worrisome," an official, who is privy to Pak activities in PoK, told Zee News.

An influx of Pakistani labourers from outside has been seen in the region in the past several months by keeping in mind the ongoing construction works of Chinese companies.

The Pakistan government has already settled them in many areas of PoK very secretly, reported Zee News.

AK Mahapatra, Professor of International Studies of JNU, told Zee News that Pakistan is scared of Indian action of abrogation of Article 370 from Jammu and Kashmir last year.

"Pakistan is scared of Indian decision or abrogation of Article 370 from Jammu and Kashmir state last year. Pakistan is suspicious that India may launch action to recapture PoK in the future. This is the reason Pakistan is conspiring to change the PoK's demography. There was a lot of protest in PoK last weak due to Pakistan's decision to shift coronavirus patients to PoK from different areas of Pakistan. PoK people are unhappy with Pak for their biased attitude towards them. The fear of losing PoK in the future could be reason that Pakistan is trying to change POK's demography," said AK Mahapatra, Professor of International Studies of JNU.

According to the report of security agencies, Pakistan is also giving land to several Chinese companies engaged in the work of CPEC creating resentment among PoK residents, reported the media.

"In the coming days, China and Pakistan will be even closer. China is constantly supporting Pakistan on Kashmir, while US and western countries questioned China's role for spreading coronavirus. India should take tough measures against the Chinese companies engaged in various projects of CPEC in PoK. The government should put a ban on these companies," Profesor Mahapatra told the Indian news channel.

A spokesman of the Chinese Permanent Mission to the UN, rejecting Indian media reports that China, during its presidency of the Security Council in March, had ignored Pakistan’s call for urgent consideration of the situation in J&K, said that Beijing’s position on the issue remains unchanged, reported Zee News.

“The Kashmir issue is a dispute left from history and should be properly and peacefully resolved based on the Charter of the UN Security Council resolutions," he added.

Meanwhile, India has once again slammed China's effort to raise the Jammu and Kashmir issue in the United Nations by calling any issue related to the disputed territory "internal".


India responded after the spokesperson of the Permanent Mission of the People's Republic of China to the UN has recently said, "The Kashmir issue is a dispute left from history, and should be properly and peacefully resolved based on the Charter of the United Nations, Security Council Resolutions and bilateral agreements. China opposes any unilateral actions that complicate the situation."

In response, India's Ministry of External Affairs (MEA) spokesperson Anurag Srivastava said, "We reject the reference to Jammu and Kashmir in a statement made by the spokesperson of the Permanent Mission of the People's Republic of China to the United Nations.