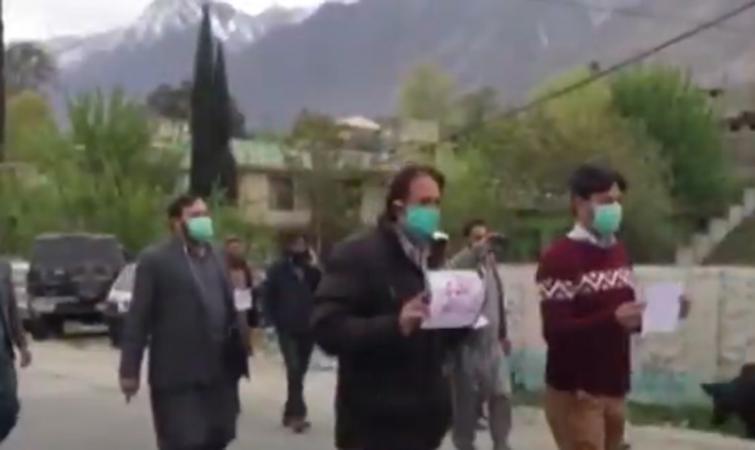 Gilgit/IBNS: Journalists have protested against police action in  Pakistan occupied Kashmir's Gilgit Baltistan region after cops allegedly tortured a scribe who was reporting  from the ground amid the COVID-19 lockdown, media reports said.

The region has been under lockdown to prevent spread of coronavirus.

Despite a lockdown, the government issued special passes for the media to report and perform their duties.

While protesting one of the journalists was quoted as saying by ANI news agency: "Targeting media personnel like this is an unjust act by the administration and it should be stopped. When passes have been issued by the authorities then there is no sense that the ACP comes and shows brutality on the journalist. After all, unless media functions properly, both the administration and the governments can't."

Another scribe told the news agency: "Some of the passes were also torn by the authorities. If these incidences continue then they may think about the last options as well. Despite the permission granted by authorities, several incidences of police brutality and incorporative behaviour have been reported in the region."

They also demanded an apology from the Assistant Commissioner of Police.

Pakistan has witnessed massive spike in the number of COVID-19 cases over the past couple of weeks.

So far, 4000 people have been infected by the disease and 55 deaths have been reported from the country.