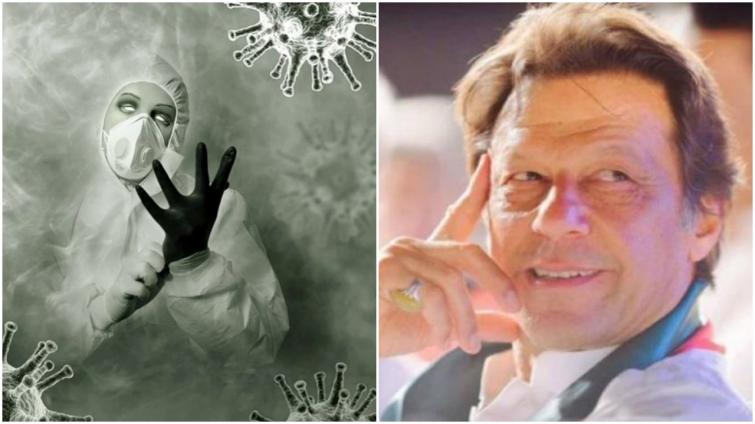 Islamabad/IBNS: Pakistan seems to slip in its efforts to tackle the COVID 19 menace as the number of infected patients in the country has now touched 1257 and reports are even emerging that Pakistan Army has started to move coronavirus positive patients from Punjab province to Pakistan Occupied Kashmir (PoK) and Gilgit Baltistan.

Sources in POK told ANI news agency that special quarantine centres have been set-up in Mirpur and other major cities in the occupied regions to cleanse the Punjab province of COVID-19 patients as Army top brass has ordered that no positive patient should be anywhere near where Army facilities and Army family housing is located.

Consequently, large numbers of patients are being moved in locked transport carriers to Mirpur city and other parts of PoK and Gilgit Baltistan, reported the news agency.

Locals had earlier protested against the government's decision to set up quarantine centres for COVID-19 patients in the region as it already lacks infrastructure and trained medical staff.

Residents in Muzaffarabad are worried that the disease might soon hit their region far harshly than the current situation.

Jaffar Ismail, a trader in Muzaffarabad's busy downtown area told ANI: "We have been seeing the movement of coronavirus patients from all over Punjab to hospitals in Muzaffarabad and we are very scared at this latest betrayal of the Kashmiri people by the Pakistan army ".

He added: "The Pakistan Army only thinks about Punjab and they want to keep Punjab free of this Coronavirus. They are treating Kashmir and Gilgit as the dustbin of Pakistan."

Dr. Amjad Ayub Mirza, a political activist from PoK, told the news agency, "On one side we are giving emphasis on social distancing and on other side Pakistan government is forcing people to gather and demonstrate against the setting up of quarantine centres."

"There is a lack of governance in Pakistan that's why they have handed over the entire country to the Army. The Army is making all arrangements to suit its interests," said the activist.

Meanwhile, PM’s Special Assistant on Health Dr Zafar Mirza made a striking revelation recently when he said in Pakistan the number of youth, who are aged between 21-30 years, are suffering from the disease more.

"Twenty-four percent of the confirmed cases in Pakistan so far are between 21 to 30 years of age. This constitutes a majority of the cases. The pattern is unlike other countries where cases mostly comprise older people,” the PM’s Special Assistant on Health Dr Zafar Mirza informed during his televised media briefing on Wednesday, as reported by The News International.

The trend seems to be quite contrasted to what is happening in other nations like China, which is being considered by many as the epicentre of the disease, where the virus had hit the aged population more.