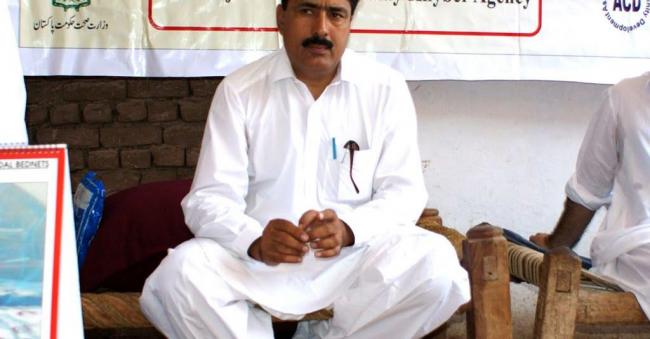 Islamabad/IBNS: A Pakistani doctor, who had helped the Central Intelligence Agency (CIA)  to track and kill former  Al-Qaeda chief Osama bin Laden, is currently on a hunger strike in a prison where he is kept, media reports said.

According to reports, Shakil Afridi has been kept in a prison in Punjab province.

The jailed doctor’s move is aimed at protesting the injustice and inhuman treatment meted out to him and his family by Pakistani authorities, reported Times Now.

The doctor has been in prison ever since his role was highlighted in running a fake vaccination programme which helped the United States kill the dreaded terrorist.

Afridi has argued over the years that he was denied fair trial.

The doctor was arrested after US forces killed Osama bin Laden in May 2011 in a secret raid in a northern Pakistani town, according to media reports.

While the doctor is considered a hero in the US, in Pakistan he is seen by many as a traitor who brought humiliation to the country - US Navy Seals had been able to fly in, kill the 9/11 attacks mastermind and get away with his body without even being challenged, far less stopped, reported BBC.

Although initially accused of treason, Dr Afridi was ultimately jailed in May 2012, having been found guilty of funding Lashkar-e-Islam, a banned militant group that is now defunct, reported the British media.

A tribal court had sent him to 33 years in prison for his alleged link to the group.

On appeal, the period was later reduced to 23 years.

Dr Afridi was also accused of offering emergency medical aid to its fighters and allowing the group to hold meetings in the government hospital he headed, reports BBC.

His family has vehemently denied these charges and his lawyers say the only money he ever paid the group was a ransom of 1m Pakistani rupees (£5,200; $6,375) to secure his release after they kidnapped him in 2008, it reported.