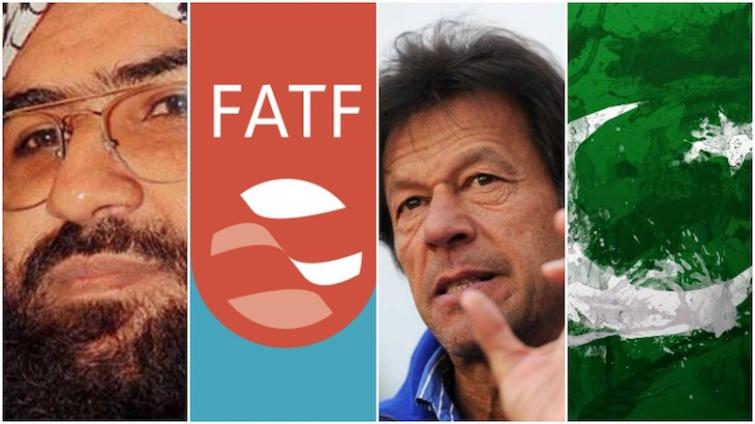 Pakistan had been identified by the money laundering and terror financing watchdog, the Financial Action Task Force (FATF), as a ‘high risk and non-cooperative’ country as far back as in June 2008, and had been placed on the organization’s grey list. It was removed from the list the following year, but found its way back on the grey list in February 2012, when it was described as a ‘high-risk and non-cooperative country, not committed to an action plan’.

It continued to remain on the ignoble list till February 2015, when it again found a way to slip out of it.

The inevitable, however, reoccurred in June 2018, when the FATF again placed Pakistan on its grey list and dictated a plan of action for the country to complete by October 2019, or face blacklisting in the company of Iran and North Korea. In October 2019, the FATF had assessed Pakistan’s adherence to the plan as being woefully inadequate, and had given it time till this month to pull up its socks and mend its ways.

The pressure exerted by the FATF has eventually constrained Pakistan to, at least temporarily, act against some of its strategic terrorist assets such as the Lashkar-e-Taibah (LeT) leader Hafiz Saeed.

Removing the country from the grey list at the FATF’s Paris plenary currently underway from 16 to 21 February would have undone the gains of the past two years.

Pakistan’s track record, as brought out in the preceding paragraph, leaves little doubt that the country would then be encouraged to slip back to its terror sponsoring ways, and claw its way onto a FATF list again at a later stage. In the interregnum it would do considerable damage. The Pakistani military establishment, which appears to have an innate and irresistible penchant for rubbing shoulders with terrorists of all hues, would ensure that.

Considering this backdrop, reports have appeared in the media this week that have asserted that Pakistan, despite all its begging and crawling across the world in a vain attempt to seek clemency at Paris, would be retained on the grey list at the ongoing FATF plenary.

It would be given a few additional months to comply fully with 13 of the 27 FATF-directed parameters that it has fallen short on, or else face blacklisting. If this is indeed the case, quite obviously Pakistan’s pleas for help at most capitals would not have been as positively reciprocated as the statements of Pakistani leaders and the coverage in sections of the Pakistani media have suggested.

Some of the statements, including those of Foreign Minister Shah Mehmood Qureshi, could be construed as misleading for the Pakistani people. He had predicted that, “The country should… be taken off the grey list as it has made considerable progress on the requirements of the FATF”.

Shah Mehmood Qureshi’s optimism, it would appear, was misplaced and was aimed at the internal public opinion. Several international commentators had foreseen the writing on the wall, and were convinced that there was no way that Pakistan could sneak its way out of the grey list. Michael Kugelman of the Woodrow Wilson Center, Washington, had argued that, “The question of the grey list is more complicated. Washington is still looking for wholesale and irreversible steps, and the revelation that Masood Azhar is ‘missing’ won’t go down well. This suggests that unless things change in the coming weeks, Pakistan may have trouble convincing FATF to be removed from the grey list”. Similarly, Madiha Afzal of Brookings Institution, Washington, felt that while the conviction of Hafiz Saeed was significant, it was more important to wait and watch how his appeal would be dealt with. She raised the crucial question of whether Hafiz Saeed’s “conviction (would) eventually be overturned, especially if Pakistan comes off the FATF grey list?”

Reports indicate that at the plenary, a sub-group of FATF, the International Co-operation Review Group (ICRG), has on 18 February recommended the retention of Pakistan on the grey list. The plenary will formally announce Pakistan’s fate today.

Media reports stated that most the 13 parameters that Pakistan has come up short on pertained to terror funding. It has been deemed to be compliant on most of the other parameters that were related to money laundering. Pakistan’s poor record on conviction and prosecution of leaders of terrorist groups was also prominent among the 13 points on which the FATF found Pakistan non-complaint.

These reports quoted officials in the know as having revealed that the FATF would firmly direct Pakistan to ensure full compliance of its prescribed action plan, especially in the sphere of terror financing, by June 2020. Pakistan would be warned that it could face blacklisting if it does not make significant and sustainable progress. Other reports have suggested that if Pakistan is not removed from the grey list by April, it may automatically slide into the black list.

Blacklisting would have disastrous consequences for Pakistan. As the Pakistani media house Samaa elaborated on 11 February, “Being on the black list means our banking system will be regarded as one with poor controls over AML (Anti-Money Laundering) and CFT (Countering Financing of Terrorism) standards — forget bringing PayPal to Pakistan, expatriates will find it difficult to send remittances and traders’ cost of business will increase because our banks will face higher scrutiny in international payments and foreign banks might not even do business with Pakistani banks. The government, too, will struggle to raise funds from international markets if we are placed on the black list”.

Pakistan’s contention at the FATF plenary that Masood Azhar, the chief of the Pakistani military establishment-backed terrorist group Jaish-e-Mohammad (JeM), had gone missing and could therefore not be acted against was as incredulous as it was revealing. After the international spotlight fell on the LeT following the 2008 Mumbai terrorist attacks, the JeM had emerged as the proxy of choice of the establishment for carrying out terrorist attacks in Indian Administered Jammu & Kashmir (J&K).

Pakistan’s claim on Azhar’s disappearance was rather abrupt and discordant when seen in the context of a statement made by Shah Mehmood Qureshi in March last year. Referring to Masood Azhar, Qureshi had asserted that, “He is in Pakistan, according to my information. He is unwell to the extent that he can’t leave his house, because he’s really unwell”. Shortly thereafter, Azhar was listed as a designated terrorist by the United Nations Security Council 1267 Committee on 1 May 2019.

Given this sequence of events, what Pakistan was essentially claiming was that Azhar was in Pakistan with the full knowledge of the Pakistani government just prior to his listing as a global terrorist. He was in such poor health that he was practically bedridden. However, within days, when the heat of the UN listing began to be felt, Azhar miraculously sprang nimbly onto his toes and at a speed that would embarrass Usain Bolt, managed to outrun the might of the Pakistani security apparatus, which suddenly lost complete sight of him!

Other more believable reports reminiscent of the Osama Bin Laden story claimed that Azhar was being shielded in a safe house of the military establishment in Bahawalpur. This deliberate and outrageous attempt by Pakistan to protect Azhar would not have been lost on the FATF.

The FATF would also have noted last week’s statement by Afghan President Ashraf Ghani made at a meeting with US Speaker Nancy Pelosi on the sidelines of the Munich Security Conference. Ghani stressed that the Afghan government had not “seen any notable developments and concrete anti-terrorism steps taken by Pakistan”, adding that the Taliban's sanctuaries in Pakistan remained a serious problem that must be addressed.

Even while the FATF plenary was in process, the depth of the linkages that the Pakistani military establishment maintained with terrorists of myriad dispensations was reiterated by none other than the Al Qaeda. Saudi Arabian news organization Arab News reported earlier this week that Al Qaeda in the Indian Subcontinent (AQIS) in the February edition of its Urdu language magazine ‘Nawa-e-Afghan Jihad’ (Voice of Afghan Jihad) had announced the death of the retired Pakistani General Shahid Aziz.

He had served in the Pakistan Army for 37 years and held key positions including Director General Military Operations (DGMO), Chief of General Staff, and Commander of the IV Corps in Lahore. He had also served in the Inter-Services Intelligence (ISI) and headed the Analysis wing of intelligence agency.

General Aziz, following his retirement in the mid-2000s, reportedly decided to dedicate the rest of his days to jihad. He has not been seen in public since 2016, and rumours of his death have circulated since 2018.

Former Pakistani dictator, General Pervez Musharraf, under whom Aziz had served, said in an interview in 2018 that he had learnt that Aziz “had lost his mind, grown a beard, and gone to Syria”, where he had been killed. While confirming Aziz’s death, the AQIS magazine also highlighted his allegiance to Al Qaeda, and the close ties that he had with Al Qaeda leaders.

The Arab News report quoted Saleem Mehsud, a senior journalist, as saying that “For the first time, an organization has stated that Aziz had any sort of contacts with any entity, and now the magazine will publish his alleged articles from his book, which is expected to make startling revelations”. The FATF would have read these news reports with a great deal of interest.

The FATF pressure on Pakistan, especially the prospect of blacklisting, ought to compel the country’s military establishment to adopt a more selective and cautious attitude towards promotion of terrorism. The establishment’s handling of the Masood Azhar affair at the FATF, however, demonstrates a preference for subterfuge over sincerity.

That is precisely the reason why it is imperative for the FATF to continue to sustain a hawk’s eye focus on Pakistan.