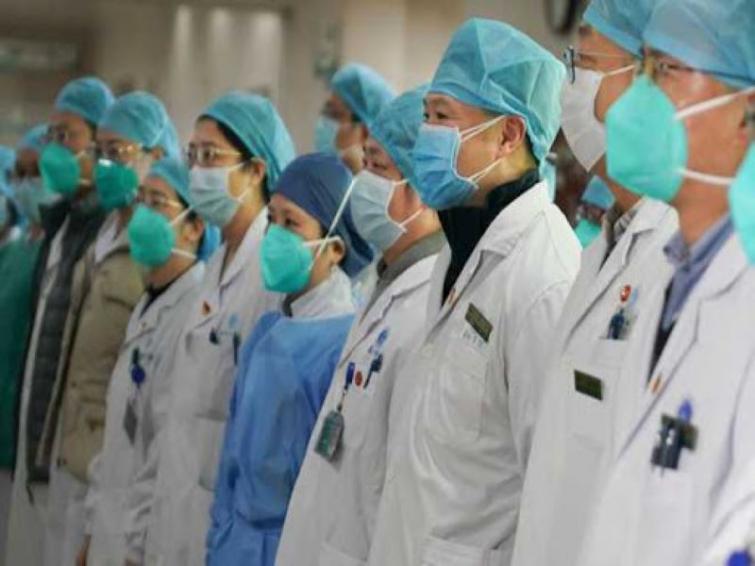 Moscow/Sputnik: The new coronavirus has infected 16 foreign nationals in China, two of whom have already been discharged from hospitals while the remaining individuals continue treatment, Spokesperson for the Chinese Foreign Ministry Hua Chunying said on Monday.

"According to the information of the relevant authorities, as of February 2, sixteen foreign citizens in China have been infected with pneumonia caused by the new coronavirus, two of them have already recovered and been discharged from hospitals, 14 continue treatment in quarantine," Hua Chunying said at a briefing.
The spokeswoman added that the conditions of all those infected were stable but would not disclose the patients' nationalities.

The new strain of coronavirus was first detected in the Chinese city of Wuhan last December and has since spread to more than 20 countries. The virus has so far killed 362 people and infected over 17,000 others.

Vietnam has since then reported the eighth case in a 29-year old woman who has recently returned from Wuhan. According to the VnExpress newspaper, the woman had contact with three infected Vietnamese patients who have also traveled to Wuhan for a business trip within a group of eight – she presumably got the infection from them.

Vietnam is among the countries that have temporarily halted air traffic with China amid the deadly epidemic, others have arranged for the evacuation of their citizens from coronavirus-affected areas and repatriation of Chinese tourists. There are also countries and organizations that are aiding China in curbing the virus' spread domestically.

She expressed gratitude to all the countries that had offered help and added that China at this point mostly needed medications, protective suits, goggles and masks.

In Thailand, where health authorities have conducted an experimental treatment of 2019-nCoV with HIV and flu medications, the results were announced on Sunday. They concluded that the inflammation in a female patient was soothed in 48 hours and the infection was completely gone in several days.

"The effect is achieved by combining the HIV antiviral drugs Lopinavir and Ritonavir and the anti-flu antiviral drug Oseltamivir. We have used these medications to treat three patients with severe coronavirus pneumonia," Somkiat Lalitwongsa, a doctor at the Ratchavithi hospital of Bangkok, told reporters on Monday, as quoted by the Thai Rath newspaper.

According to the doctor, this treatment mode is most suitable for patients suffering severe symptoms such as fever and heavy cough, whereas for most of them the infection proceeds in milder forms. Of three patients that have received the treatment, one has already completely recovered and the other two are underway.

As of Monday, eight of 19 coronavirus-positive patients in Thailand have recovered, all but one of them Chinese tourists who arrived in Thailand over the past month and a Thai female who recently traveled in Wuhan.

Of the remaining 11 patients, ten are tourists from China and the remaining one is a Thai taxi driver, according to the Thai Government Public Relations Department.