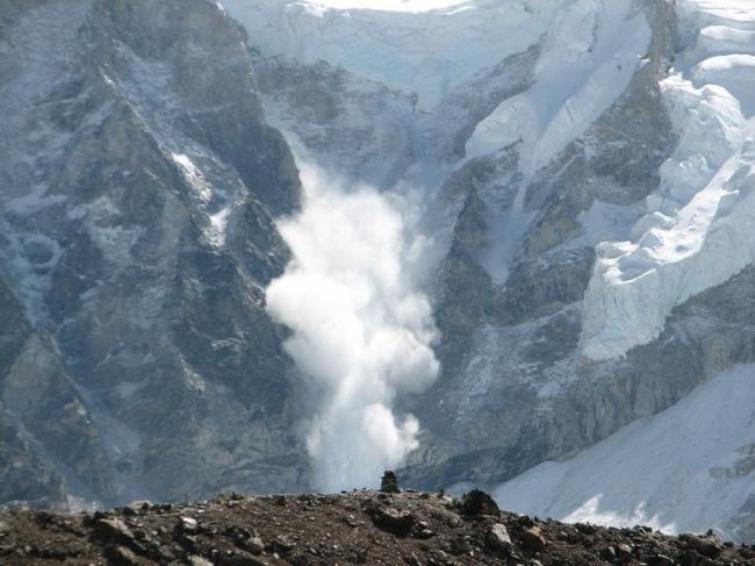 7 remain missing as over 150 rescued following avalanche in Nepal

Kathmandu/Xinhua: Four South Koreans and three Nepalis remained missing since Friday following an avalanche in western Kaski district, as over 150 foreign tourists and Nepalis were rescued on Saturday from around the area, local officials and trekking agencies said.

The incessant snowfall caused the avalanche near a popular trekking route in the Himalayan country.

The area is close to the base camp for Annapurna, one of the highest peaks in the Himalayas.

"Four South Koreans and three Nepalis, guides and porters and who were separated from their nine-member group are still out of contact as over 150 Nepalis and foreigners rescued from around the area on Saturday alone," Bhim Gurung, chairman of ward No-11 of the Annapurna Rural Municipality, told Xinhua on Saturday evening.

Gurung, who was involved in the rescue operation, said that around 110 foreigners and around 40 to 50 Nepalis were rescued by local people and by helicopters.

Efforts to mobilize helicopters from early morning for rescue operation were hampered by continued bad weather.

According to helicopter companies, they would rescue trekkers in the afternoon after weather condition improved.

"But we could not land a helicopter at the main avalanche-hit area from where trekkers are missing," said Yogesh Sapkota, chief marketing officer at Simrik Air, which was involved in the evacuation on Saturday.

As his company rescued 80 to 100 trekkers, Sapkota said, there is almost no trekker left in Annapurna base camp area. "Around 40 people have already arrived in capital Kathmandu while many reached the nearest city Pokhara," he added.

Despite rescue efforts on Saturday, helicopter companies and trekking agencies said that the situation of the seven people missing remained unknown.

"Search operation is underway but it has not been effective due to bad weather," Sirata Lama, general secretary of Trekking Agencies' Association of Nepal (TAAN), an umbrella organization of trekking companies present in the country, told Xihua on Saturday evening.

Spring and autumn are regarded as the ideal season for trekking in Himalayas, however, many foreign trekkers opt to trek in winter for adventure and due to individual time availability, according to the trekking companies.