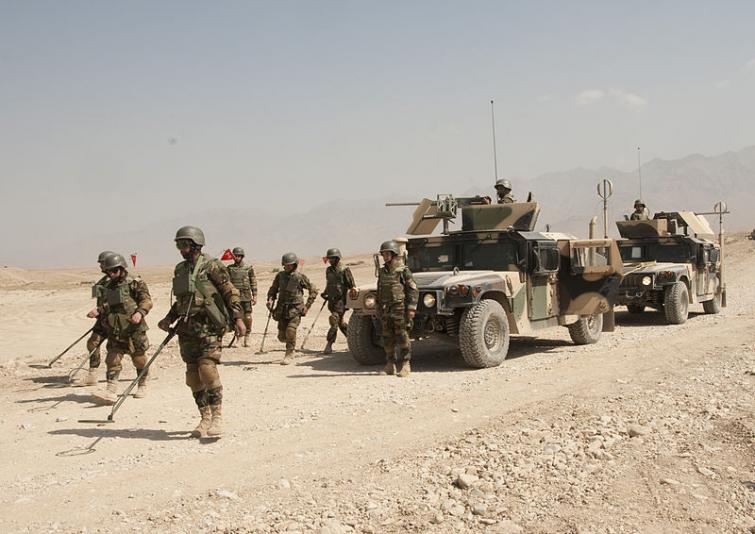 The UN family remains outraged by the attack. Afghanistan’s security chiefs briefed on the state of their investigations. Both sides emphasized their determination to bring the perpetrators to account and discussed measures to enhance the safety and security of UN personnel.

Yamamoto, the UN Secretary-General’s Special Representative for Afghanistan, was joined at the meeting by senior officials from the UN Assistance Mission in Afghanistan (UNAMA) and the UN Development Programme (UNDP).

“The attack on UN civilians and the killing of Anil Raj is an outrage deserving the strongest condemnation,” said Yamamoto, who is also the head of UNAMA. “No stone will be left unturned in order for the attackers to be identified and for justice to be served.”

Anil Raj worked for the UNDP in Afghanistan, having previously served in Colombia, South Sudan and Myanmar, as well as with Amnesty International in the United States.

Anil’s work and his sacrifice are a testament to the courage and determination of United Nations staff members all around the world, frequently serving in challenging environments with a commitment to helping communities in need.

The UN has enjoyed a long and deep relationship with Afghanistan for more than six decades through times of peace and prosperity, as well as conflict and natural disaster.

The UN will continue to do everything it can to support peace efforts and for the human rights of Afghans to be upheld, as well as backing the country’s institutions and people with their development priorities and providing life-saving assistance to those most in need.

The UN is a civilian and politically impartial partner that strives to establish conditions under which justice, dignity and respect can flourish.