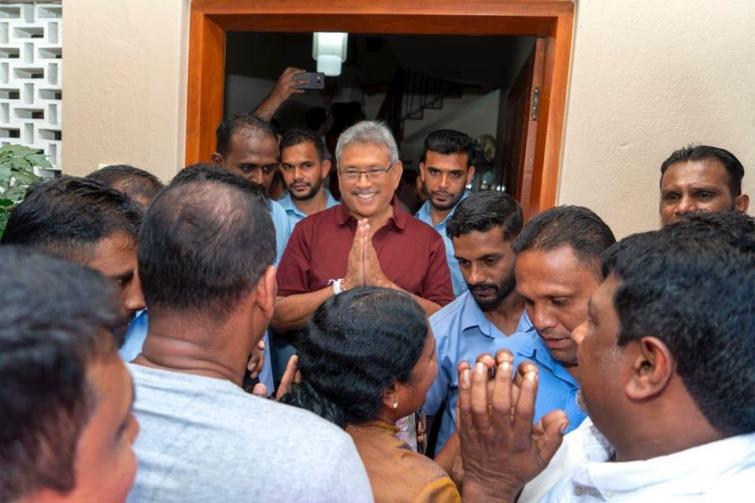 Colombo/UNI: Sri Lanka President Gotabaya Rajapaksa on Friday appointed both his brothers to interim Cabinet which is aimed to run the government until the next parliamentary election.

The Tamil minority members came from the Tamil dominated north and from the central tea plantations areas of Tamils of Indian origin. Mahinda Rajapaksa (74), who is appointed on the post of the Prime Minister in the new Cabinet, was also named as the Minister of Defence and Finance while the eldest of the brothers Chamal Rajapaksa (77) was named the Minister of Trade and Food Security.

This is an interim government, Gotabaya Rajapaksa said during the swearing-in ceremony. He said ministers of state would be appointed next week. Gotabaya Rajapaksa as the President cannot hold ministries although he is the head of the Cabinet.

Dinesh Gunawardena, 70, a veteran Marxist politician has been named as the Minister of Foreign Affairs. The Cabinet appointment is seen as interim until the President dissolves the current parliament and go for a fresh parliamentary election.

Gotabaya Rajapaksa was on Monday sworn in as Sri Lanka's seventh President. He defeated Sajith Premadasa, 52, by more than 13 lakh votes.