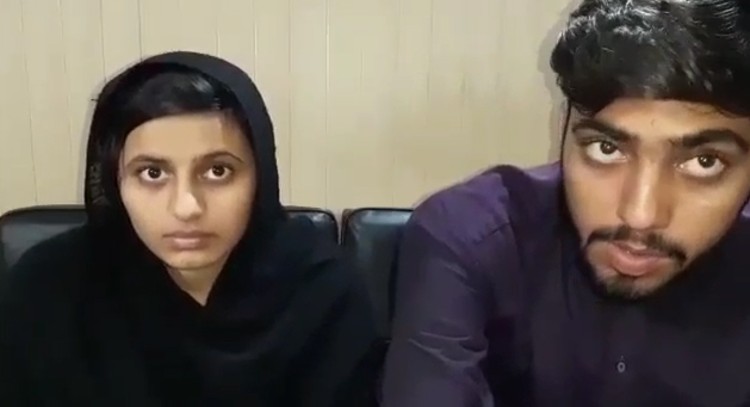 Pakistani Sikh girl conversion: High Court directs officials to record her statement, let her go as per her wish

Islamabad/IBNS: The Pakistan High Court has directed officials to record the statement of Sikh girl Jagjit Kaur who was allegedly converted and married to a Muslim man in the country a few months ago, officials said. The incident had triggered an outrage of the Sikh community worldwide and clamour for safety of the minority communities in Pakistan riven by religious fundamentalism.

The court also directed officials to provide her security and let her go as per her wishes.

The video of the wedding ceremony of the girl went viral on the social media.

In the video, the girl  in a deadpan face is saying that she has embraced Islam and married the Muslim man by her own will even as her family alleged she was forced to do so.

Jagjit Kaur could be seen chanting Quranic verses as recited by a Muslim cleric.  She married a man named Mohammad Ehsan, as per the video.

She said she has been renamed Aisha after her conversion.

She could be heard saying in the video that she did not bring any jewellery or any crucial property paper from her home.

In the video, the girl could be seen sitting beside Ehsan.

The family of abducted Jagjit Kaur has alleged that she was forced to marry a Muslim man after being converted to Islam.