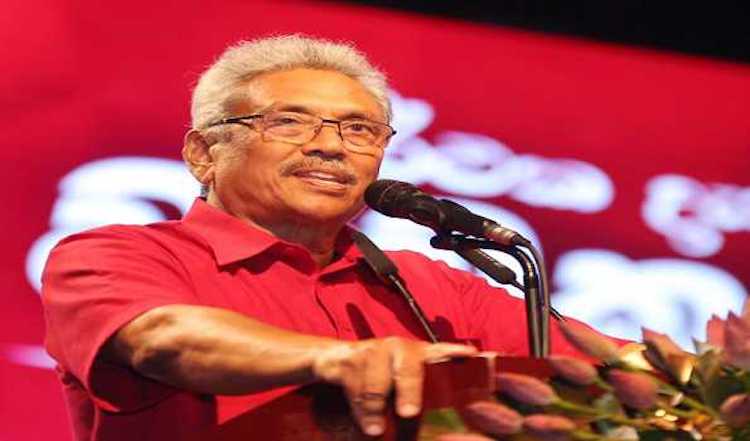 Colombo/UNI/IBNS: A day after he scripted victory in the polls, Gotabaya Rajapaksa was sworn in as the seventh Executive President of Sri Lanka on Monday.

He said that a new government would be formed soon and national security would be the top most priority.

He took the oath of office at a ceremony held at the foot of the Ruwanweli Seya Buddhist stupa in Anuradhapura amid Maha Sangha and a large crowd.

Addressing the nation after the formal swearing-in ceremony, Rajapaksa thanked everyone who voted for his victory and welcomed the minority communities in the country to join hands with him to work towards the prosperity of the nation.

Rajapaksa said he would lead the country based on the Buddhist philosophy that upholds principles of equality and justice.

While providing state sponsorship to safeguard the traditional heritage of the nation, Rajapaksa said national security would be the top most priority and the state security mechanism will be strengthened to protect the country.

On foreign policy, Rajapaksa said: "We want to remain neutral in our foreign relations and stay out of any conflicts among the world powers."

"We will have our fullest commitment to achieve the sustainable development goals of the UN," he said.

He called on other nations to respect the sovereignty of Sri Lanka.